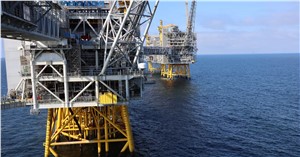 More than 1800 suppliers in over 250 business sectors in 152 Norwegian municipalities delivered goods and services to the operation of Equinor’s fields on the Norwegian continental shelf (NCS) and onshore facilities in 2021. The value of the deliveries exceeds NOK 70 billion, representing close to 60 000 man-years in Norway, according to a new report by Bodø Science Park (KPB).

Bodø Science Park has analysed Equinor’s supplier lists and actual procurements of goods and services from all Equinor-operated fields and onshore facilities, from Hammerfest LNG in the north to Sleipner in the south, during the period 2019 to 2021.

The report indicates that total goods and service deliveries reached almost NOK 235 billion. Of this, Norwegian suppliers delivered goods and services worth more than NOK 211 billion, representing around 90% of all deliveries to fields and onshore facilities operated by Equinor in Norway.

Other public revenues from the operation is even higher. Investments in exploration and field development projects, which also have considerable ripple effects, have not been included in the report. The same applies to the environmental tax and property tax, the great value realised for the owners and society when field products are sold, and the tax paid for these years. So far this year Equinor has paid almost NOK 180 billion in tax to the Norwegian state.

“This is the first time Equinor is making a ripple-effect analysis of all our fields in operation on the NCS and our onshore facilities. The results confirm that major national and local ripple effects are created annually from the oil and gas field operations. Each year up to 60 000 man-years are associated with these fields and onshore facilities, which is more than the first phase of the Johan Sverdrup development,” says Kjetil Hove, Equinor’s executive vice president for Exploration & Production Norway (EPN).

“Our fields and onshore facilities form an annual market of more than NOK 70 billion. The fact that Norwegian suppliers secure more than 90% of this market, demonstrates the capacity, competence and competitiveness of Norwegian industry,” says Hove.

“This report documents how the operation of fields and onshore facilities creates strong ripple effects every year as well as a large number of Norwegian man-years in society and a considerable share of deliveries from Norwegian suppliers, both regionally and nationally. The trade unions in EPN believe that it is important to show what the industry means to Norway from a national perspective. We are committed to creating long-term value of the natural resources we are set to manage on the NCS, thereby securing jobs and energy supplies and cutting emissions. We will achieve this by building on the competence and experience of everyone employed by the energy industry and by attracting the next generation,” state the employee representatives in EPN in a joint statement. The five unions are Industri Energi, SAFE, the Norwegian organisation of managers and executives (Lederne), the Norwegian society of engineers and technologists (Nito) and Tekna.

The future on the NCS
The NCS plays a key role in the energy transition. Equinor’s strategy is to develop the NCS from an oil and gas province to an energy province. This means an oil and gas portfolio delivering a strong cashflow and return with lower emissions from production. At the same time the company expects strong and profitable growth in renewables and low-carbon solutions.

“Up to 2035 Equinor-operated fields will create value of aroundNOK 6 000 billion for the state. In order to realise future high value creation, we are planning to invest NOK 50 billion every year this decade while at the same time develop new low-carbon solutions and grow in renewables. This offers exciting opportunities for several decades to everyone delivering goods and services to the operation of our facilities,” says Hove.