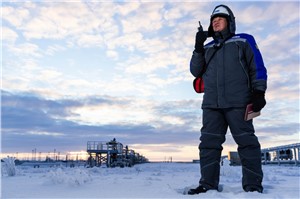 The Company ramped up its domestic supplies from the gas transmission system by 16.5 percent (or by 29.6 billion cubic meters) over said 2021.

Such major European consumers of Russian gas as Germany and Italy have now joined the list of countries (namely, Turkey, Bulgaria, Romania, and Serbia) whose gas imports from Gazprom are already exceeding the totals for the year 2020.

According to Gas Infrastructure Europe, underground gas storage facilities in Europe were filled to 74 percent of their capacity as of November 13, with working gas inventories lagging behind last year by 19.5 billion cubic meters. As much as 6.6 percent of the amount of gas injected during the summer period has already been withdrawn from the facilities.

Notably, five daily records for withdrawal of gas from Europe's UGS facilities were broken between November 1 and 5, marking all-time highs for these dates in many years of observation. The biggest record was set on November 3 at 345.2 million cubic meters.

The inventories in Ukraine's UGS facilities are 37 percent (or 10.3 billion cubic meters) below the level of last year.