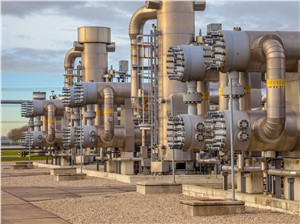 Freeport LNG Development, L.P. ("Freeport LNG") and Talos Energy Inc. (NYSE: TALO ) ("Talos" or the "Company") and today announced that the companies have executed a letter of intent to develop a carbon capture and sequestration ("CCS") project, the Freeport LNG CCS project ("FLNG CCS"), immediately adjacent to Freeport LNG's natural gas pretreatment facilities located near Freeport, Texas, on the Gulf Coast, approximately 60 miles southwest of Houston, Texas. The companies anticipate the first injection could occur by year-end 2024. Talos will be the project manager and operator and will be joined by its partner, Storegga Geotechnologies Limited ("Storegga"), the lead developer of the Acorn CCS project in the United Kingdom.

The FLNG CCS project will utilize a Freeport LNG-owned geological sequestration site located less than half a mile from point of capture with up to a 30-year injection term and will permanently sequester CO 2. The FLNG CCS project benefits from a dedicated source of CO 2 and a secured injection site in close physical proximity and, therefore, has limited commercial barriers and a rapid execution timeline assuming efficient regulatory approval processes. Additionally, the site is located within 25 miles of up to an additional 15 million metric tonnes per annum ("MTPA") of incremental CO 2 emissions from major industrial sources, which offers the potential for expansion in the future. The FLNG CCS project is still subject to execution of definitive agreements.

Talos has been chosen as the project manager and operator of the FLNG CCS project due to its expertise with conventional oil and gas geology, engineering and project delivery. The Company is leveraging this expertise to rapidly become a leader in Gulf Coast CCS opportunities. Storegga is bringing its expertise in carbon management chains: specifically developing CCS storage projects and of enabling linked clusters of industrial CO2 sources. The FLNG CCS project follows numerous recent key developments in the Company's CCS portfolio including being named operator for the first and only major offshore CCS site in the U.S. ( Jefferson County, Texas General Land Office site) and entering a strategic alliance with TechnipFMC plc.

"Freeport LNG is pleased to collaborate with Talos, a leading independent energy producer, and Storegga, on this important project", said Michael Smith , Founder, Chairman and CEO of Freeport LNG. "As the only all-electric drive facility of its kind in the U.S., our liquefaction facility produces 90 percent less emissions than other gas turbine-driven facilities. Embarking on carbon capture and sequestration will only further reduce the carbon intensity of our facilities. We look forward to our work with Talos on this innovative CCS project."

Talos President and Chief Executive Officer Timothy S. Duncan commented: "We are excited to announce this project with Freeport LNG, a global LNG leader. The entrepreneurial collaboration of our teams allowed for the development of a unique, stand-alone carbon sequestration solution, which provides proof of concept to our broader CCS portfolio and is complementary to our larger hub-based project in Jefferson County . It also illustrates the creative solutions that Talos and Storegga can offer to potential CCS project partners. We look forward to advancing this project with Freeport LNG and hope to successfully reach first injection within approximately three years, which would make this the very first active carbon sequestration project on the Gulf Coast."

Storegga Chief Executive Officer Nick Cooper commented: "Storegga and Talos have built a strong partnership that leverages the expertise of each company for the rapid, cost-effective delivery of CCS clusters in the U.S. Gulf Coast region. We are delighted to join Talos and Freeport LNG in the Freeport CCS project. The FLNG CCS project has the potential to be storing CO 2 by late 2024 and to scale up materially thereafter. We expect that this will be the first of several such projects from the Talos-Storegga partnership to serve Gulf Coast industrial CO 2 sources and to contribute meaningfully towards net zero in the United States ."