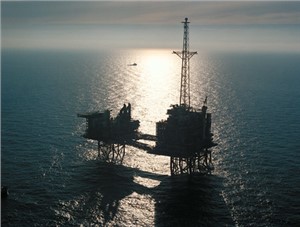 bp and Aker today announced that they are exploring a potential block sale of some of the shares they hold in leading independent Norwegian oil and gas producer Aker BP ASA, through a private placement.

Aker and BP currently control approximately 40% and 30% of the shares outstanding in Aker BP. The two are contemplating selling shares representing approximately a total of 5% of Aker BP shares through an accelerated book-building process.

Following the completion of a sale, bp and Aker will enter into a six-month lock-up for the shares they currently hold in Aker BP that are not sold as part of the sale, subject to certain exemptions.

Since the creation of Aker BP in 2016, it has pursued a successful organic and inorganic growth strategy offering attractive shareholder distributions and value creation combined with an investment grade-rated balance sheet. Aker BP is a pure-play oil and gas company with industry-leading low emissions and low-cost operations enabled by digitalization. The company has strong production growth, a robust balance sheet, and delivers attractive returns.

Bernard Looney, bp chief executive said: “Aker BP has established itself as an undoubted Norwegian success story, with its value increasing significantly over the past five years. This transaction will enable bp to realise some of the considerable value Aker BP has already generated while remaining committed to its ongoing success and value creation for shareholders. Consistent with our long-standing track-record of active portfolio management, these divestment proceeds will be expected to further strengthen bp’s balance sheet and support our ongoing buyback commitment.”

Tell a friend:
bp and Aker to Explore Potential Sale of a Stake in Aker BP