Gazprom Ramps Up gas Production and Supplies Over 8.5 Months

Gazprom Ramps Up gas Production and Supplies Over 8.5 Months Of 2021 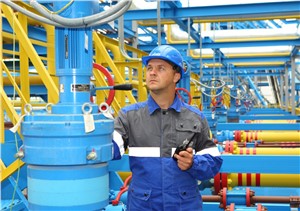 Gazprom ramped up its domestic supplies from the gas transmission system by 14.8 per cent (or by 21.3 billion cubic meters) over said period of 2021.

As many as 25 Russian regions are already receiving heat supplies, almost a week earlier than last year.

Gas supplies to China via the Power of Siberia pipeline continue growing and are regularly exceeding the daily contractual obligations of Gazprom.

According to Gas Infrastructure Europe, the level of reserves in European underground gas storage facilities remained the lowest in many years as of September 13, 2021. The negative difference between the current inventories and last year's level is 22.8 billion cubic meters of gas. Only 62 per cent of the total amount of gas that was withdrawn in the last heating season has been replenished.

As for Ukraine's UGS facilities, the negative difference versus last year is 30.6 per cent (or 8.2 billion cubic meters of gas).

Gazprom is actively injecting gas into Russian UGS facilities. The daily average indicator for the first half of September is 325 million cubic meters.

Tell a friend:
Gazprom Ramps Up gas Production and Supplies Over 8.5 Months Of 2021