Developing Lavrans and Kristin Q in the Norwegian Sea 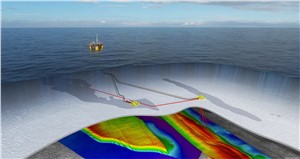 Equinor and the partners Petoro, Vår Energi and Total E&P Norge have decided to develop the Lavrans discovery and the Kristin Q-discovery which is a part of the Kristin field. This constitutes phase 1 of the Kristin South project, and today the plan for development and operation (PDO) will be submitted to the minister of petroleum and energy. Capital expenditures for this first phase will total about NOK 6.5 billion.

“The decision to develop the Kristin South area will generate substantial value for society and the owners. We exploit the resources and the existing infrastructure in a favourable way, while contributing to further development of the Norwegian Sea. We have also awarded contracts worth about NOK 2.2 billion. These assignments will help maintain jobs in Norway,” says Equinor’s executive vice president for Projects, Drilling and Procurement, Arne Sigve Nylund.

The Kristin field was put on stream in 2005. The technical life of the Kristin platform is estimated to end in 2034, with possibilities of further life extension to 2042.

“Our ambition is to transform the Norwegian continental shelf to create great value while helping Norway achieve the Paris goals.  Extending the productive life by utilizing the infrastructure we have on the NCS for satellite developments is very important and ensures good profitability and low CO2 emissions,” says Equinor’s executive vice president for Exploration and production Norway, Kjetil Hove.

The Lavrans discovery was discovered in 1995. The discovery has a large gas volume, and a high value potential. Lavrans is a complex reservoir and the production qualities are uncertain. The Lavrans wells are therefore designed to reduce this uncertainty by having long horizontal production zones in the reservoir. Kristin Q is located in the southern part of the Kristin field. Like the rest of the Kristin field, Kristin Q is a high-pressure, high-temperature reservoir. Lavrans and Kristin Q will be developed as one project with a shared pipeline to the Kristin platform.

The expected production in phase 1 of the Kristin South project is estimated at 6.2 GSm3 of gas and 1.9 MSm3 of oil (a total of 58.2 million barrels of oil equivalent).

The plan for development and operation also includes a description of possible future phases of the Kristin South project, including a possible next phase of Lavrans, as well as possible development of the Erlend and Ragnfrid discoveries.

The CO2 intensity for extraction and production of Kristin South phase 1 is very low - less than 1 kg of CO2 per barrel of oil equivalent. The emissions will mainly be generated from the project’s drilling activities.

Spin-offs for Norwegian suppliers and business activities
In connection with the development of the Kristin South area there will be a demand for substantial deliveries of goods and services. This will generate value and employment effects for Norwegian trade and industry and the Norwegian society. It is estimated that more than 60 per cent of the investments in the project will go to Norwegian suppliers, and about one-third will go to companies in Mid-Norway.

Aker Solutions has been awarded the contract for subsea production facilities. The contract has an estimated value of about NOK 1 billion, and includes subsea template fabrication at Aker Solutions in Sandnessjøen, deliveries from Tranby and Egersund in Norway, as well as from Brazil, the UK, and  Malaysia. The supplier estimates that more than 200 person-years of employment will be generated by the project in Norway.

TechnipFMC has been awarded the contract for fabrication of pipeline, pipelaying and subsea installation services. The project will be managed from Technip FMC’s Oslo operations centre. The pipelines will be fabricated at the spool base in Orkanger. TechnipFMC will also deliver the umbilical, which will be produced in the UK. The total contract value is estimated at about NOK 1 billion.

Aibel has been awarded the contract for engineering, procurement, construction and installation  (EPCI) for the modification of the Kristin platform. Worth about NOK 190 million the contract will generate about 80 person-years of employment for Aibel in the engineering period. The work will take place in Haugesund.

The contracts are subject to government approval of the plan for development and operation.

Tell a friend:
Developing Lavrans and Kristin Q in the Norwegian Sea