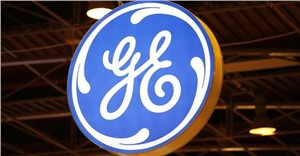 Reißeck II+ will be an underground cavern power plant and an efficient extension to the Reißeck II pump storage power plant, which went into operation in 2016. The entire Malta-Reißeck water group in Kärnten has a total power of 1,460MW and is one of the most powerful hydropower plant groups in Austria.

For the new Reißeck II+, VERBUND is planning to build up a variable-speed machine set with a motor in full converter technology and two single-stage, double-flow pump turbines with a total power of 45MW. For this project, GE will deliver three MV7616 converters which are water cooled fully fed converters with an electrical voltage of 6.6kV each. In addition, GE Power Conversion will supply VERBUND with a control unit, an excitation unit integrated in the converter control, and an excitation transformer. This project is being implemented with GE Renewable Energy who will manufacture the motor/generator. The pumped storage power plant will be put into operation by the end of 2023.

The specialty of this project is the easy controllable machine set, which uses almost the entire drop/delivery height variance of two storage tanks, i.e., between 16m and 124m with a maximum flow rate of 55m³/s and a maximum output of 45MW. The nominal speed is 500rpm, with speed variance of 250rpm to 550rpm. It is due to these unfavorable boundary conditions that this unconventional machine set was designed. It allows one of the two units to halve the output by dewatering with gap sprinkling.

“We are excited to be partnering with our colleagues in GE Renewable Energy to deliver this project for VERBUND. The unique technology we are providing for this location will be used to generate clean, renewable energy for thousands of homes.” Said Jörg Nuttelmann, Managing Director, GE Power Conversion, Germany.

This is GE Power Conversion’s second project with VERBUND in recent years. In 2018, Power Conversion and VERBUND started the project Kaprun Oberstufe with the modernization of two machine groups each of them 85MW fully fed. Currently, the first machine group is under wet commissioning and the installation for the second machine group will start in the middle of 2021.