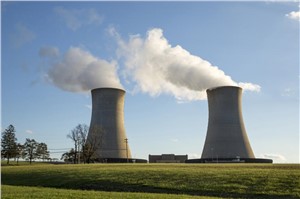 The global community has witnessed Three Mile Island, Chernobyl, and Fukushima — nuclear accidents that have left many skeptical. But energy experts and climate hawks say those events are rare, noting that hundreds of reactors have been operating for decades without incident.

Safety is always the paramount concern. Now, though, the focus is shifting to low-carbon investments. And the Biden Administration reasons that advanced nuclear energy plants have added safety features and increased efficiencies. Greater investment and favorable policies are thus worthwhile. That is especially true if demand rises because the transportation sector and the home heating industry use more electricity instead of oil and natural gas. As such, President Biden has his eye on enacting policies to ensure that most electricity is produced using sustainable and low-carbon sources, referred to as the Clean Energy Standard.

“The no-carbon future we need is seen as being powered by renewables,” says Mike Shatzkin, co-founder of ClimateChangeResources.org at an event Friday on the future of nuclear energy sponsored by Our Energy Policy. “Nuclear energy, carbon capture, and batteries must have massive breakthroughs. But only nuclear can significantly complement renewables. Battery storage is measured in hours and carbon capture is nowhere near large-scale implementation. We need to be working on all three. Time is too tight. The consequences too dire.”

The symposium zeroed-in on safety. But it also delved into the nuclear waste dilemma, next-generation nuclear technologies that also include smaller reactors, and being able to deliver nuclear power plants on time and on budget.

Ninety-four nuclear reactors operate in 28 states and they comprise 20% of the electricity pie. Meanwhile, they provide 55% of this country’s carbon-free power. Those plants are operating at a 92% capacity factor — more than all other competing energy sources. And nuclear power can keep the lights on during cold winters when bottlenecks may prevent the free-flow of natural gas. At the same time, the industry says that its operating costs have fallen by 19% since 2012.

The big question is whether nuclear power plants can satisfy investors and be built in a timely and cost-efficient way. In the case of the two existing units on Southern SCCO -2.1% Company’s Vogtle site, they took about 15 years to build and came in $8 billion over budget. The two additional units, which are to be operated by Southern’s subsidiary Georgia Power, secured billions in loan guarantees and they have incurred both delays and higher than anticipated costs.

Worries, meantime, persist over whether this country is susceptible to a Japan-like accident: Backup cooling systems failed at Fukushima, causing the spent fuel rods to become exposed and the reactor’s core to suffer a meltdown. Deadly radiation then escaped. Now, though, the Nuclear Regulatory Commission has been beefing up the security measures and making sure that all nuclear sites are “natural disaster-proof” — that they have back up power to prevent any meltdowns.

Just as notable, the storage of radioactive waste still obscures nuclear energy’s path. The fuel rods are now warehoused onsite in above-ground, concrete-encased containers at about 70 sites around the country. But a blue ribbon commission appointed by the U.S. Department of Energy during George Bush II’s era advises that the waste be moved into regional repositories.

“These are do-or-die issues,” Allison Macfarlane, former chair of the Nuclear Regulatory Commission, told the audience. Referring to the high cost of construction and supply chain matters, she adds that “nuclear energy requires quality assurance and quality control.” It needs skilled workers with integrated project management experience — characteristics now lacking industry-wide, notable in the case of the Vogtle expansion.

“Regulators are addressing issues with advanced reactors,” she adds. “They are processing applications. The future of nuclear is not dependent on the regulator. It is dependent on new entrants,” which must design plants that operate reliably, efficiently and safely — and which can be built economically.

The greater the temperature, the better the thermal efficiency and the potential for use in industrial applications and hydrogen production — making them more economically appealing. Advocates, furthermore, say that the odds of any leaks are near zero. But skeptics say that the ‘very high temperature’ reactors are unproven outside of the labs and will thus have difficulty finding investors.

Some nuclear researchers say that they are focused on “right-size reactors” that are smaller – between 100 megawatts and 300 megawatts. In the case of Sandia National Laboratory, it is actively working with other nations where their transmission grids cannot handle larger generation to implement the technology. To maximize efficiencies, the lab wants to couple its efforts with other endeavors such as desalination and the creation of potable water.

Consider NuScale Power, owned mostly by the engineering firm Fluor Corp FLR +2.4%: it says that 12 of its smaller modular reactors can combine to form a 540-megawatt unit. When one of the modules goes down, it is easily maintained while the other modules keep running.

The cost of a 540-megawatt reactor is about $2.5 billion. While that is notably less expensive than a 1,000-megawatt nuclear plant, the cost to generate a unit of electricity is more because they get less oomph per ton of fuel — about 30% more expensive than centralized generation. But those reactors are potentially easier to site and have storage containment devices built in.

“The small modular reactors can be scaled,” says Chris Colbert, chief strategic officer for NuScale, at the symposium. “They don’t need to be in the middle of five transmission lines ... this reduces the impact on the surrounding communities. It also opens up the aperture for smaller plants.”

Moreover, “NuScale can put modules where old coal plants were,” he adds. “We can retrain workers” for well-paying jobs. “People do not need to move. Those rural communities will not be bankrupted. Coal has been the largest single employer in their communities. But a lot of those plants are retiring. For the communities that want it, this is a great opportunity.”

The modern environmental movement knows that nuclear energy can help solve the climate dilemma. It is now asking colleagues to embrace this position — to cease viewing the fuel from the perspective of Three Mile Island, Chernobyl, and Fukushima. That’s a tall task. But an even taller one is to deliver future projects on budget. Until those forces converge, the energy source must be valued for its carbon-free content and its ability to generate reliable power.