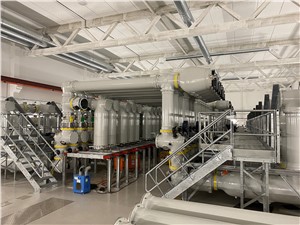 That makes Norway the eighth country in Europe to adopt g³ (pronounced “g-cubed”) technology, a game-changing alternative to sulphur hexafluoride (SF6), an insulating and switching gas traditionally used in high-voltage substation equipment. Identified as the world’s most potent greenhouse gas by the 1997 Kyoto Protocol, SF6 is estimated to contribute 23,500 times more emissions than CO2, if leaked, and can remain in the atmosphere for up to 3,200 years.

“As a responsible grid operator, we are determined to play our part in reducing our greenhouse gas emissions. Emissions of SF6 gas are Statnett's largest source of direct greenhouse gas emissions. Even though Statnett closely monitors SF6 switchgear with advanced monitoring, natural leaks from these plants are today’s single source of emissions from the company's operations, that has the greatest harmful effect on the climate,” said Guilhem Blanchet, responsible for GIS technology at Statnett. “Our goal is to reduce our emissions by 25 percent in 2025. The use of GE’s g³ technology for our new 420 kV Hamang GIS substation, a key substation in the upgrade of the transmission network in and around Oslo, is an important step in supporting this goal.”

“g³ is part of GE’s broader efforts to help the electric transmission and distribution industry reduce its greenhouse gas emissions. Together, Statnett and 21 other utilities in Europe are avoiding the addition of more than one million tons of CO2 equivalent to the grid by deploying g³. That’s the equivalent of removing about 476,000 petrol cars from the road for one year,” said Bertrand Portal, g³ Product Manager at GE’s Grid Solutions.

Gas-insulated line installations from eight major European electrical utilities account for two-thirds of this reduction. Statnett alone is expected to avoid the installation of an additional 24,000 tons of CO2 equivalent to the Norwegian grid.

g³ has been identified as an alternative to SF6 for use in high-voltage equipment in a report published by Norway’s Water Resources and Energy Directorate (NVE) in October 2019. This was confirmed by the EU Commission in a similar report published in September 2020, which concluded there are cost-effective, technically feasible and energy efficient alternatives to SF6. The EU also highlighted that g³, unlike any other SF6 alternatives, is the solution when space is a constraint as g³ products feature the same compactness and performance as traditional SF6 equipment.

g³ products also have a greatly reduced impact on the environment over their lifetime compared with other solutions, according to life-cycle assessments (LCAs), based on international ISO 14040/14044 standards.