The Methanol Factory at Tjeldbergodden has Started Production 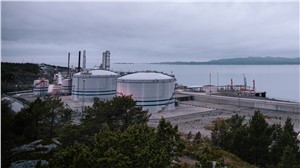 The methanol plant at Tjeldbergodden is now back in production after being decommissioned since the fire on 2 December 2020. The safe start-up preparations have gone according to plan and the facility is now supplying methanol to the market.

The fire broke out in the compressor building in the methanol factory area at Tjeldbergodden. The air gas factory and methanol plant were shut down as a result of this incident. No personal injuries occurred in the fire.

"Our number one priority has been safe and secure start-up of the facility. I'd like to thank everyone who contributed to get the facility back on line, both our own employees and external expertise. It takes time to check all technical matters and damage due to the fire. Thorough inspections in the facility, as well as testing and validation of equipment that may have been affected by the fire have been carried out. During these efforts, it's been important to extract learning from the incident and ensure that we have the technical and operative barriers in place before start-up. This painstaking work makes us confident that the facility will produce in a safe and stable manner," says Lena Skogly, plant manager at Tjeldbergodden.

Equinor's investigation of the fire on 2 December is still under way.

Tell a friend:
The Methanol Factory at Tjeldbergodden has Started Production