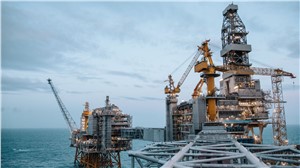 Mediation will take place on Monday 15 February between the union SAFE and Norwegian Oil and Gas Association. This can potentially lead to a strike which could affect activity at the terminal at Mongstad.

The tariff agreement in scope for mediation is the Oil Agreement - Oljeoverenskomsten 224. The agreement is between YS/Safe, Negotia and Norwegian Oil and Gas Association/Norsk Industri.

In the event of this mediation not being successful, SAFE has announced that 12 of their members at the Mongstad terminal could be on strike from midnight 15 February.

The effect of a potential strike could reduce crude storage and harbour capacity at the terminal at Equinor Mongstad refinery, which could affect the production at several Equinor operated fields on the NCS, including Johan Sverdrup and Troll and it could be necessary to shut down production there until further notice.