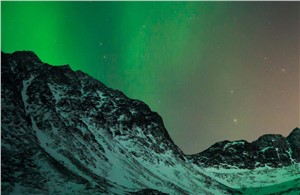 Following a vote in the Norwegian parliament, the Government of the Kingdom of Norway announced its approval of the final investment decision for the Northern Lights project, enabling the shipping, reception and sequestration of CO2 in geological strata in the Northern North Sea, approximately 2,600 meters below the seabed.

This approval demonstrates the Norwegian government's strong support for the development of a Carbon Capture and Sequestration (CCS) value chain, which is essential if Europe is to achieve its carbon neutrality targets. With mergers clearances process underway, it will enable Total, Equinor, and Shell, the partners in this project, to launch the construction phase of Northern Lights.

“The development of the carbon capture and sequestration value chain is essential to decarbonize Europe's industries. We are a long-standing partner of Norway, a pioneer country which has more than 20 years of experience in CCS, and today we thank its government for making possible the final investment decision to develop Northern Lights,” said Patrick Pouyanné, Chairman and CEO of Total. “CCS is key to achieving carbon neutrality in Europe and is fully part of our Climate Ambition to get to net zero emissions by 2050”.

“Carbon capture and storage (CCS) is important to achieve the goals of the Paris Agreement. "Longship" is the largest climate project ever in the Norwegian industry and will contribute substantially to the development of CCS as an efficient mitigation measure. Working together with the industry, the step-by-step approach has confirmed that the project is feasible. I want to thank the Northern Lights partners Equinor, Shell and Total - and I am looking forward to our continued cooperation,” says Minister of Petroleum and Energy, Tina Bru.

“Northern Lights is a true pioneering project and the first of its kind offering a solution to cut emissions from industrial sources in Norway and Europe. With all necessary approvals in place, we are ready to start construction of what will be an important part of the climate solution. I want to thank the Norwegian government and for the broad political support in making this a reality. I am certain that we together with our partners and suppliers will make this project a success,” says Equinor CEO Anders Opedal.

“The Norwegian government’s initiative and support for what will be the world’s first open source CO2, transport and storage project shows real vision and commitment. Northern Lights is designed to provide a service to industrial emitters who can now take action on emissions that can’t be avoided. This is key to bringing real progress towards tackling climate change. Shell will play our part in making this a reality,” says Shell CEO Ben van Beurden.

The Northern Lights Project
Equinor, Shell and Total made a conditional investment decision on the Northern Lights CO2 transport and storage project in May 2020. The project partners are now in the process of establishing a Joint Venture(1), which will be responsible for all project activities, including business development.

The Northern Lights project includes the development and operation of CO2 transport and storage facilities, open to third parties. It will be the first ever cross-border, open-source CO2 transport and storage infrastructure network and offers European industrial emitters the opportunity to store their CO2 safely and permanently underground. Phase one of the project will be completed in 2024 with a capacity of up to 1.5 million tonnes of CO2 per year.

Tell a friend:
Go-ahead from the Norwegian Authorities for the Northern Lights CO2 Sequestration Project