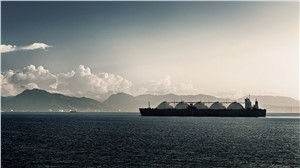 New analysis published by the Australia Institute shows that the growth in Australia’s gas production capacity has overwhelmingly been directed offshore, with most of Australia’s gas being exported offshore to overseas buyers, and has been of virtually no benefit to Australian manufacturers.

The analysis suggests that a ramping up of production being sought by the Morrison government, which it claims will be of benefit to local manufacturers reliant on gas supplies, has actually almost entirely been to the benefit of major gas exporters.

Prime minister Scott Morrison and federal energy and emissions reduction minister Angus Taylor have consistently argued that boosting Australia’s gas supplies is crucial to reducing energy costs for Australia’s manufacturing sector, and have actively entertained the possibility that the Morrison government could use taxpayer funds to underwrite the construction of new gas infrastructure projects.

Additionally, claims of a forecast supply shortfall in domestic gas supplies have been cited as a key justification for an expansion of gas extraction across the contentious Galilee Basin in Queensland, the Narrabri gas basin in New South Wales and the Beetaloo Basin in the Northern Territory, with the Morrison government backing the expansion of Australia’s gas basins with around $53 million funding set aside in the federal budget.

Each of these projects have attracted opposition from local communities due to concerns relating to the environmental impacts of the gas projects, as well as the deteriorating relationships between resources companies and traditional owners.

However, analysis shows that Australia is already producing more than enough gas to meet local needs, but that higher prevailing gas prices and tight supplies have been the result of local gas users having to compete with international buyers, who are willing to pay much higher prices, for Australian gas.

“There is no shortage of gas for manufacturing in Australia. The problem is governments are allowing a few global oil and gas giants to export vast quantities of Australia’s more affordable gas, leaving only more remote expensive gas for Australian manufacturers.”

“If the Government was serious about increasing manufacturing jobs, they would fund measures to help manufacturers reduce their dependence on expensive gas rather than handing money over to the gas industry,” Merzian added.

The Australia Institute’s analysis mirrors the findings of a new Grattan Institute report which outlined the limited role that gas is expected to play in Australia’s energy system, and its limited ability to reduce both emissions and energy prices.

“Manufacturing jobs declined for decades when Australia had cheap abundant gas, then continued to decline when gas production tripled over the last ten years. It’s hard to think of a less effective way to create manufacturing jobs than giving money to the gas industry.”