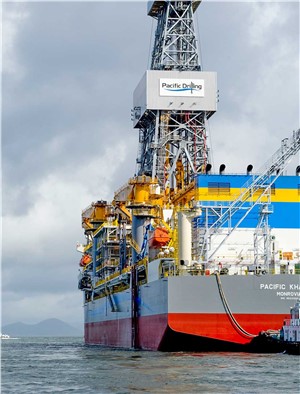 Pacific Drilling S.A. (PACD) announced today that it has received notice from the New York Stock Exchange (“NYSE”), that as a result of the filing of its voluntary petition for reorganization (the “Plan of Reorganization”) under Chapter 11 of the Bankruptcy Code in the United States Bankruptcy Court for the Southern District of Texas, Houston Division, and in accordance with Section 802.01D of the NYSE Listed Company Manual, the NYSE has commenced proceedings to delist Pacific Drilling’s common shares from the NYSE. The NYSE also indefinitely suspended trading of Pacific Drilling’s common shares effective November 2, 2020.

Pacific Drilling does not intend to appeal the determination and, therefore, it is expected that the common shares will be delisted.

The Company’s common shares will commence trading in the over-the-counter (“OTC”) market on the Pink Open Market on Tuesday, November 3, 2020. The Company’s NYSE ticker symbol “PACD” will be discontinued and its OTC ticker symbol will be “PACDQ.”