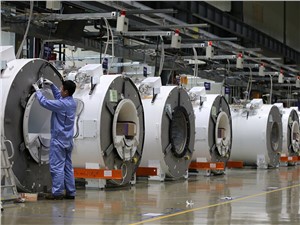 “As the largest power generation center in Vietnam, we have a responsibility to ensure continued operations and no down time of our facilities” says Mr. Dinh Quoc Lam, Chairman of the Board of Directors of Power Generation Corporation 3. “Being the OEM provider for our current fleet, choosing GE was the natural choice to help us utilize the full potential of our plant assets. We have benefitted from GE’s proven track record of providing high-quality technology and services. GE’s support has been exceptional throughout the COVID pandemic, and with this service agreement, we trust in the company's ability to continue to support us in achieving our business goals."

GE’s GT13E2 Gas Turbines have been powering the two plants since 1997.  GE upgraded the units to MXL2s over several years since 2016, resulting in an increased output of approximately 6% (from 440MW to 465MW), and improved efficiency levels from 51.8% to 53.7%.  Despite the COVID-19 pandemic, in July, GE executed and completed a complex outage at the Phu My 4 power plant safely and on-time. The outage was performed by EVN GENCO3 with remote support of GE Engineering and Technical Advisors, with an estimated savings of half million dollars of normal outage budget —and exceeded EVN GENCO 3’s expectations.

“Vietnam has achieved impressive progress towards rapid economic development in the past few decades built on the backdrop of increasing access to electricity to power its people and businesses,” says Pham Hong Son, CEO, GE Vietnam “We are honored to continue to provide with EVN GENCO 3 our safe, reliable, and in-region support, and ultimately help Vietnam achieve its energy goals for its national economic growth”.

GE’s GT13E2 gas turbine offers industry-leading efficiency. Its installed based of over 170 units operating in 35 countries cumulates over 14 million operating hours and generates 400 GW/h per day. The turbine capability to operate in extremes conditions (from -50°C to +55°C) and its high utilization rate of about 5,000 operating hours per units per year on average demonstrates the engine success and reliability. GE has performed over 500 C-Inspections and installed 39 MXL2 upgrade on 13E2 machines.

During the ceremony, an MoU was signed with EVN GENCO 3 as part of GE’s commitment to supporting the growth of the country’s power sector and human capital development. The MoU envisages that GE will support training and capability building of EVN GENCO 3’s personnel to perform field services related to steam turbine and generator equipment maintenance. GE and EVN GENCO 3 will also work together to explore collaboration for service opportunities related to steam turbine and generator equipment owned by EVN GENCO and other power generation companies.

GE provides up to 27% of the Vietnam’s electricity needs, where there is an installed power generation capacity of about 55GW. GE currently has a fleet of 25 gas turbines and 7 steam turbines. We have over 2000 employees across six locations from various businesses, serving our customers in the country, with 11 power plants, and projects throughout Vietnam. GE’s customers from around the world are served by a global network of repair and manufacturing capabilities which include the Phu My repair facility as well as the Dung Quat HRSG manufacturing plant.