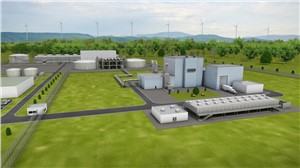 NextEra's investment in renewables has helped it become the most valuable power company in the U.S., recently passing ExxonMobil in terms of market capitalization. To continue capitalizing on the broad trends driving the sector, it's also making a multi-pronged foray into green hydrogen.

The company's hydrogen projects "serve a variety of end uses, and similar to the strategy employed in wind, solar, battery storage and other areas, provide the opportunity to develop early learnings with relatively small investments to set the stage for much larger capital deployment as cost declines and technology improvements are realized," Kujawa said.

NextEra expects to add to its hydrogen project pipeline over the next several quarters, Kujawa said, adding that the company remains "excited about hydrogen’s long-term potential to further support future demand for low-cost renewables, as well as accelerate the decarbonization of transportation fuel and industrial feedstocks."

In July, the company announced plans to build its first hydrogen production plant. The plant will be powered by solar energy and the hydrogen that results will replace some of the natural gas at Florida Power and Light's Okeechobee power plant.

The company sees "hydrogen as really a long-term solution, particularly if we end up in 100% decarbonized energy policy by 2035, where hydrogen could really be the solution for that last 10% to 15% where it gets very expensive to do with batteries, much cheaper and more manageable to do with hydrogen," John Ketchum, president and CEO of NextEra Energy Resources, added on Wednesday's call.

In terms of current renewable and storage growth, NextEra added 580 MW of new wind, 911 MW of solar and 594 MW of battery storage since its previous earnings call and expects to put more than 5,200 MW of wind and solar projects into service this year, Kujawa said.

But while it added almost 2,200 MW of signed contracts to its renewables backlog, NextEra also saw about 750 MW removed from its pipeline, mostly due to an unfavorable ruling by Alabama regulators on several solar plus storage projects. The result is a net backlog increase in Q3 of nearly 1,450 MW.

With the election only two weeks away, one analyst asked about the potential impacts of a Biden win.

NextEra expects to succeed no matter who wins on Nov. 3, Kujawa said, noting that the company has done well across its businesses in recent years under the current environment.

"So, should Trump win a second term, we would expect to continue our strong momentum and continued focus on our strategies and execution on them. If Biden is the new President, he has ... made clear ... across the Democratic platform, that they had strong support for renewables," she said.

This is important as UAMPS is phasing out fossil fuel, especially its old coal sources. So they need this new nuclear plant to load-f­ollow, or back-up, their extensive wind farms which ordinarily need natural gas plants to do that. Small nuclear plants are ideal for load-following renewables, an aspect that needs to be repeated again and again as no large-scale deployment of renewables can be successful without sufficient load-following sources. That means natural gas, hydro or nuclear.

Since none of these new reactors can actually melt-down, they don’t need large emergency evacuation zones and all the unfounded fear that that generates.

What is not widely known about these awards, and their deployment strategies, is the presence of Energy Northwest as a key collaborator in almost all of these applications. While these projects are not far enough along to start planning their siting, the applicants for these awards needed to have some ideas about where they might place them. A few other companies like Duke Energy DUK +1.5% have said they could step up, but Energy Northwest is the obvious choice to have in mind.

That’s because Energy Northwest can provide a physical place to site the reactors that is already approved for siting nuclear plants, as well as various envelope capabilities such as a working nuclear operating license, experienced operators and nuclear maintenance personnel, and a surrounding community in the Tri-Cities, Washington that is favorable to nuclear power.

Energy Northwest also has previously-approved environmental impact statements for more reactors on its property, although they would have to be redone for a new technology. Fortunately, these new reactors are easier, smaller and simpler than previous ones and have less environmental impact, making their EIS’ even easier.

Energy Northwest is a not-for-profit state utility agency created in 1957 that sells its power at cost to 27 public utilities districts and municipalities across Washington State.

Energy Northwest is one of the region’s largest producers of carbon-free energy, operating the only commercial nuclear power reactor in the Northwest, the Columbia Generating Station near Richland, as well as solar, hydroelectric and wind projects (figure above). Their combined output, over 10 billion kWhs per year, can power the city of Seattle.

So these advanced reactor projects fit right into their mission.

“Energy Northwest’s partnership in the development of this concept will provide Energy Northwest with the opportunity to pursue appropriate advanced reactor designs once experts and regional leadership are confident in the technology’s viability,” said Brad Sawatzke, CEO of Energy Northwest.

The Tri-Cities also has Framatome, a company that manufactures nuclear fuel for various reactors. Not to mention more nuclear scientists and radworkers in the region than almost any place on Earth, compliments of DOE, the Pacific Northwest National Laboratory, all the nuclear contractors and all the nuclear history that has gone on here in the last 77 years.

So if you want nuclear to work as planned, this is the place to put it.