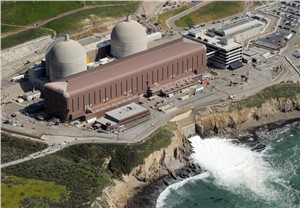 It took five decades, but the Democratic Party has finally changed its stance on nuclear energy. In its recently released party platform, the Democrats say they favor a “technology-neutral” approach that includes “all zero-carbon technologies, including hydroelectric power, geothermal, existing and advanced nuclear, and carbon capture and storage.”

That statement marks the first time since 1972 that the Democratic Party has said anything positive in its platform about nuclear energy. The change in policy is good — and long overdue — news for the American nuclear-energy sector and for everyone concerned about climate change. The Democrats’ new position  means that for the first time since Richard Nixon was in the White House, both the Republican and Democratic parties are officially on record in support of nuclear energy. That’s the good news.

The less-than-good news is that the Democratic Party platform pledges to deploy outlandish quantities of new solar and wind capacity and do so in just five years. Further, the platform ignores the amount of land needed for that effort and how it would end up driving up the cost of electricity for low- and middle-income consumers. (More on that in a moment.)

About a decade ago, a high-ranking official at the Department of Energy told me that a big problem with nuclear energy is that it needs bipartisan support in Congress. That wasn’t happening, he said, because “Democrats are pro-government and anti-nuclear. Republicans are pro-nuclear and anti-government.” That partisan divide is apparent in the polling data. A 2019 Gallup poll found that 65 percent of Republicans strongly favored nuclear energy but only 42 percent of Democrats did so.

The last time the Democratic Party’s platform contained a positive statement about nuclear energy was in 1972, when the party said it supported “greater research and development” into “unconventional energy sources” including solar, geothermal, and “a variety of nuclear power possibilities to design clean breeder fission and fusion techniques.”

Since then, the Democratic Party has either ignored or professed outright opposition to nuclear energy. In 2016, the party’s platform said climate change “poses a real and urgent threat to our economy, our national security, and our children’s health and futures.” The platform contained 31 uses of the word “nuclear” including “nuclear proliferation,” “nuclear weapon,” and “nuclear annihilation.” It did not contain a single mention of “nuclear energy.”

That stance reflected the orthodoxy of the climate activists and environmental groups who have dominated the Democratic Party’s discussion on energy for decades. For instance, in 2005, about 300 environmental groups – including Greenpeace, Sierra Club, and Public Citizen – signed a manifesto which said “we flatly reject the argument that increased investment in nuclear capacity is an acceptable or necessary solution….[N]uclear power should not be a part of any solution to address global warming.” (The Sierra Club, the biggest environmental group in America, says it remains “unequivocally opposed to nuclear energy.”)

What changed the Democrats’ stance on nuclear? I cannot claim any special knowledge about the drafting of the platform, but it appears that science and basic math finally won out. While vying for their party’s nomination, two prominent Democratic presidential hopefuls — Cory Booker and Andrew Yang – both endorsed nuclear energy. In addition, Joe Biden’s energy plan included a shout-out to nuclear.

While the pro-nuclear stance is a welcome change to the Democratic Party’s view on energy, the new platform also says that “Within five years, we will install 500 million solar panels, including eight million solar roofs and community solar energy systems, and 60,000 wind turbines.”

To call that a stretch goal would be charitable. The Democrats say that there is an “urgent need to decarbonize the power sector.” But attempting to do so with such massive quantities of solar and wind simply isn’t feasible, particularly in just five years. To put those numbers in perspective, the Solar Star project is one of the largest solar facilities in the country. It has about 1.7 million solar panels and at full capacity, can generate 579 megawatts of power. Thus, deploying 500 million solar panels (which would have a capacity of roughly 173,700 megawatts) would require building nearly 300 projects the size of Solar Star.

The wind numbers are equally daunting. The United States currently has about 60,000 wind turbines with a capacity of about 104,000 megawatts. Where are the Democrats planning to put those forests of turbines? In New York, a state dominated by Democrats, the backlash against the siting of large renewable projects has been so widespread that earlier this year, Gov. Andrew Cuomo pushed through a measure that allows the state to override the regulations implemented by local governments when siting energy projects. In California, where Democrats have controlled the state government for decades, wind capacity has been essentially unchanged since 2013. Meanwhile,only 73 megawatts of new wind capacity is being built in New England. No new wind capacity is under construction in New Jersey, Pennsylvania, and Wisconsin.

Nor do the Democrats mention what building all that capacity will mean for ratepayers. But some basic estimates show how expensive it will be. Let’s assume each megawatt of solar and wind costs $1 million. At that price, adding 277,000 megawatts for new wind and solar capacity will cost about $277 billion. That figure is far too low as it ignores the cost of high-voltage transmission lines, substations, and the batteries needed to offset the incurable intermittency of the sun and the wind. But even at that price, it works out to more than $800 for each American. (Last year, energy consultancy Wood Mackenzie estimated that “full decarbonization of the US power grid” would cost about $4.5 trillion.) Whatever the actual tally, there’s no doubt that overhauling the power grid will cost hundreds of billions of dollars and that cost will ultimately be passed on to low- and middle-income consumers, either through higher taxes or higher electricity rates.

The essential point here is that talking about changing our energy and power systems is easy. Making real change happen takes decades and is staggeringly expensive.

Over the past two years or so, bipartisan support on Capitol Hill has led to new laws, including the Nuclear Energy Innovation and Modernization Act and the Nuclear Energy Innovation Capabilities Act that will help stimulate the development and deployment of new nuclear fuels, materials, and advanced reactors. So yes, the Democratic Party’s new support for nuclear energy is welcome and overdue. The hard work will be in turning that support into new reactors.