How The Nuclear Industry Is Getting Past A Tough U.S. Power Market 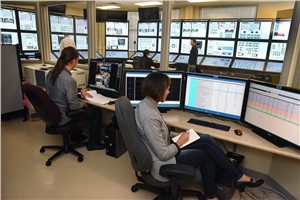 Nuclear proponents are not ready to concede that nuclear power has been priced out of the U.S. electricity market, but they are increasingly looking at other uses for reactors and other places to sell them.

“I find a lot of the companies are being very sophisticated about business cases right now,” said Todd Allen, professor of nuclear engineering and radiological sciences at the University of Michigan. “It's not just electricity. It's electricity, and it may be heat. It may be industrial support directly.”

Nuclear proponents hope to meet the need for carbon-free sources of energy for industrial processes that are difficult to decarbonize, like aluminum or cement manufacturing.

“We used to be gigawatt-scale electricity,” Allen said at a forum this month hosted by the Center for Strategic & International Studies, “and now you've got so many different approaches.”

Nuclear advocates contend that nuclear power still has a role to play in carbon-free electricity generation:

“I'm so confident that the United States nuclear-energy technologies can and will play a major role in providing the United States and the world clean reliable energy for many decades to come,” said Rita Baranwal, assistant secretary for the Department of Energy’s Office of Nuclear Energy.

Nonetheless, nuclear has to compete with cheaper natural gas, renewables, and battery storage.

Nuscale Power expects to receive approval in September from the Nuclear Regulatory Commission for its small, modular light-water reactor. The phone has been “ringing off the hook” as the reactor approaches approval, Nuscale Chief Strategy Officer Chris Colbert said, because the stringent NRC approval is attractive to other countries.

The approval process has taken 42 months so far, Colbert said. Now the challenge is to reduce costs for those customer countries.

“We don't have to have the cheapest form of financing,” he said. “We need to have an overall offering that's affordable to the host country, because we think that given our safety attributes—in the fact of having a safe and safeguarded plan to U.S. standards—most countries want that over other options. So the question is how do you make it affordable to them?”

The Department of Energy is on the job, said Ashley Finan, director of the National Reactor Innovation Center at Idaho National Laboratory.

“The (breakthroughs) that are the most compelling are those that really reduce costs and improve schedule and scalability,” she said, “because fundamentally that's something that's not going right for nuclear in the West right now, and we need to fix that. And that is that is job one in terms of attributes that we need to have in advanced nuclear systems.”

Tell a friend:
How The Nuclear Industry Is Getting Past A Tough U.S. Power Market