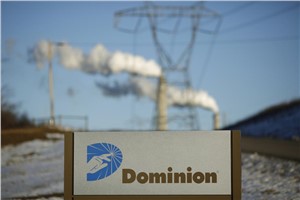 Dominion Energy D +0.1%, one of the largest utilities in the United States with over 7 million customers across 18 states, recently announced that it was shedding a large portion of its natural gas portfolio to Berkshire Hathaway, including the largest storage site in the United States, ?while cancelling plans for a controversial pipeline project in Appalachia. The sale, worth almost $10 billion, transfers vast gas storage and transport holdings and refocuses Dominion’s activities on the regulated electricity sector. The company, not generally known as a leader in clean or renewable technologies, has in recent years begun a concerted effort to restructure its generation portfolio to cleaner sources in its home market of Virginia.

This sale represents yet another sign that a renewable future, nearly free of fossil fuel influences, is closer than many would have imagined possible just 10 years ago. It’s also a strong signal that public policy works and is an imperative in driving this change.

At first glance, these asset sales seem to fall in line with much of Dominion’s recent activity: Dominion regularly touts on its website and press releases the renewable bona-fides of the company. Since 2013, the company has deployed 1.8 GW of solar across its territory, and is expecting another 16 GW by 2035. It recently announced its desire to develop the first offshore wind project along the mid-Atlantic coast, and has begun site surveying work, hoping to install over 5 GW of offshore wind in the next 15 years. But Dominion’s renewables focus didn’t come along by itself.

In 2018, Democrats took control of the Virginia government for the first time in decades. Quite suddenly, Dominion found that a regulatory environment it had readily dictated was suddenly out of their control. Within two years, the state of Virginia had passed regulations requiring Dominion to be 30% carbon-free by 2030 and 100% carbon-free by 2045. All coal plants are required to be shut down by 2024. Dominion, long accustomed to its fossil-fired fleet, with minimal renewables in its portfolio (about 5%) compared to its peers, has suddenly been forced to dramatically alter its generation business.

Despite its supposed renewables focus, Dominion has routinely sought to develop more natural gas power generation. The utility has brought nearly 10 GW of gas power online since 2010 and had plans to add 3.6 GW more by 2035. Only 5 GW of new solar was proposed in that same timeframe. Virginia, however, pushed back on the proposal: for the first time in generations, Dominion found that its plans were not rubber-stamped by regulators. Forced back to the drawing board, Dominion returned with the more focused renewables plan they tout today. This came begrudgingly, and Dominion is now seeing the writing on the wall: its gas business is simply not a business of the future. It consequently made a decision to get out now and refocus the company on its regulated utility business.

Where Virginia hopes to nudge Dominion, in California the strong push of regulators to transform electricity supplies over the last decade shows what is possible. For example, on June 28, California notched three consecutive hours with over 90% of its grid powered by renewables, predominantly solar and wind. Three hours may seem like a small period, but it is stunning that the California Independent System Operator could reliably fold in such a high concentration of renewable assets to the world’s 5th largest economy during the peak of the day. It was not long ago when the near-universal consensus was that such a high utilization of renewables was impossible and would lead to a fundamental destabilization of the grid. California policy makers continue to urge its utilities forward, and greater renewables penetration is expected in the months and years ahead as a result.

Dominion’s gas asset sales will help enable the utility’s transition into the future. Without as many gas assets to maintain and support, Dominion will be freer to move away from fossil sources, as legislation demands. That future won’t appear tomorrow, and eliminating gas from the Dominion portfolio may take decades. Unlike California, Dominion isn’t (yet) looking to turn off gas peaker plants and replace them with solar and storage. But California utilities weren’t aiming for that five years ago either. Change takes time and Dominion has taken another undeniable step forward. It’s a welcome sign for all who look forward to a cleaner future.

Tell a friend:
Dominions Natural Gas Dump Shows That a Renewable Future is on the Horizon