Will Covid-19 Hasten The Demise Of Fossil Fuels? 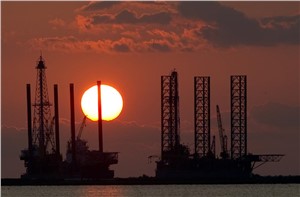 The fossil fuel industry has faced serious headwinds for several years, but the rise of renewables combined with the fall in consumption as a consequence of the global Covid-19 pandemic is pushing it over the edge and into “terminal decline”.

Although global coal consumption continues to grow slowly, its use has peaked in developed regions. According to the 2020 BP Statistical Review of World Energy, U.S. coal consumption fell by more than 40% in the past decade, while in the EU it has seen a nearly 27% drop.

The primary culprits behind coal’s decline are competition from cheap natural gas brought on by the shale gas boom in the U.S., as well as a surge of renewable capacity aided by legislation aimed at curbing carbon dioxide emissions.

But the natural gas and subsequent oil boom were victims of their own success. Even though demand growth for both of these commodities has been robust over the past decade, prices have plunged. So while it’s unsurprising that the coal industry has suffered immense financial stress over the past decade, the same is true of the oil and gas industry. Despite strong demand growth for its products, the prices of oil and natural gas have fallen by more than 50% in recent years.

The fossil fuel industry has faced an oversupply problem, as well as a public relations problem. Even before the Covid-19 pandemic, the industry was already seen by many as one on its way out, and therefore it struggled to attract investors. Nevertheless, it seemed likely that fossil fuels would enjoy at least another decade of dominance before renewables and electric vehicles combined to put them into permanent decline.

But Covid-19 has caused a change to the industry outlook. In the early stages of the pandemic, China’s economy slowed as the country grappled to contain the virus. This slowdown had a negative impact on fossil fuel demand. As oil demand began to soften, OPEC tried to work with Russia to reduce production. Talks failed, a subsequent price war broke out between Saudi Arabia and Russia, and oil prices collapsed.

As Covid-19 spread to other countries and quarantines were implemented, oil prices ultimately fell into negative territory, which had never happened before with a major benchmark. Power demand fell as businesses closed and people stopped travelling or commuting. This created a perfect storm that obliterated fossil fuel demand in April.

Global oil demand fell by as much as 30 million BPD, followed by gas and coal demand. Even demand for liquefied natural gas (LNG), which has seen strong growth in recent years, plummeted, and cargos destined for Asia had to be rerouted to Europe, adding to a supply glut there.

Meanwhile, renewables may see a small negative impact from the pandemic in the short term – but the move toward green energy may gain momentum as the Covid-19 threat fades. Underlying demand for clean energy is rising.

Further, the investment climate for fossil fuels will continue to worsen over time, so the industry may find itself struggling to attract new capital even if demand recovers after the crisis.

A Place for Nuclear Power

However, existing infrastructure of fossil fuels will create some headwinds for renewables, as well as nuclear power, the world’s largest source of low-carbon energy. The industry will hardly give up its primacy without a fight.

What this looks like can be observed in Lithuania, which had placed its chips on a new LNG terminal in 2014 to reduce the country’s dependence on Russian gas. However, the Klaipeda terminal was never profitable, and to this day operates at only a fraction of its capacity while incurring costly maintenance fees shouldered by gas consumers. To curb its losses, Klaipeda now receives LNG cargoes from Russia too.

Part of the problem is that the LNG market price was already depressed before the Covid-19 crisis. In 2015, when the terminal went online, the price was lower than the price Lithuania paid to Statoil, which forced the state to levy high terminal fees to cover for the losses from selling gas. Now, with the pandemic having further collapsed fossil fuel prices, the fees are going up accordingly, with no contribution to energy security.

The decision to bank on LNG under these circumstances is seen as one of the factors leading Lithuania to campaign against a nuclear power plant in Astravets in neighboring Belarus. Besides constantly questioning the plant’s safety – contrary to international assessments – Lithuania has passed laws prohibiting the purchase of energy from Belarus after the power plant begins operations later this and next year.

Furthermore, Lithuania is aggressively lobbying Brussels and other capitals in the region for a full boycott of electricity imports from Belarus. If implemented, this could lead to millions of additional CO2 emissions in the region.

The fact remains that the world could find itself with an energy shortfall if the crisis is long-lasting and fossil fuel production declines faster than originally expected. That could hit the power sector because of falling coal and natural gas production, at a time that global demand for electric vehicles is growing.

Nuclear power can be part  of a low-carbon sustainable future along with renewable energy. Indeed, the International Energy Agency estimates that in order to meet the world’s sustainability targets the current rate of nuclear capacity additions, which is about 10-12 gigawatts of electricity (GWe) per year, must be at least be doubled.

With the current crisis impacting the fossil fuel sector, capital budgets are being slashed. That implies a decline in output, which could be larger than the capacity of variable renewables to absorb. The current glut of energy supply may turn into a series of severe intermittent shortages when sun doesn’t shine, and wind doesn’t blow.

Although it would be premature to suggest that the current pandemic marks the end of fossil fuels, it might not be a stretch to call this the beginning of the end. But it’s important to focus on the overall system performance and ensure that the transition to a low carbon future is sustainable itself.

Tell a friend:
Will Covid-19 Hasten The Demise Of Fossil Fuels?