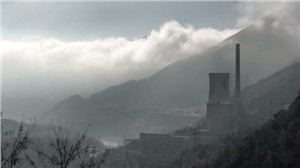 In a move which appears to have hit suddenly, Spain ceased operations at nearly half of its coal-fired power stations on June 30, shuttering seven out of its 15 plants totalling 4,630MW.

News of the closure was first reported on Monday by Spanish-language daily newspaper El País, which claimed that all of Spain’s “remaining coal-fired thermal power plants will start shutting down” on June 30.

The move comes a year-and-a-half after Spain closed all its coal mines, which it said were unable to survive without the state aid now banned by the European Union.

Similarly, this week’s closure of seven of Spain’s coal-fired power stations comes as the electric companies deemed it did not make financial sense to adapt them to necessary European regulations.

The seven closed power stations are Meirama in A Coruña, Narcea in Asturias, La Robla and Compostilla in León, Andorra in Teruel, Puente Nuevo in Córdoba, and Velilla in Palencia. The four companies behind the stations are Naturgy, Endesa, Viesgo, and Iberdrola.

Further heralding the end of coal in Spain is the fact that four more coal-fired power stations have already filed for permission to shut down, amounting to another 3,092MW worth of coal-fired generation set to be eradicated.

El Pais, quoting “industry sources”, added that Iberdrola’s Lada plant in Asturias, Endesa’s As Pontes plant in A Coruña and the Litoral plant in Almería, and Los Barrios in Cádiz, could be closed by 2021 or 2022.

While the sudden closure of so many coal plants might seem as if it has come out of nowhere, it should be noted that coal contributed only 1.4% to Spain’s power mix in May and less than 5% of all electricity generated in 2019, according to El Pais.

“The way things are going, I think there will no longer be any coal generation by 2025,” said Tatiana Nuño, an energy and climate change specialist at environmental NGO Greenpeace, as quoted by El Pais.

“The scenario we are working with for complete closure is 2025,” added Ana Barreira, director of the International Law and Environment Institute (IIDMA).

It’s interesting to take note of the fact that Spain was unable to commit to a fixed date for ceasing all coal operations.

However, the natural flow of market conditions has had the last laugh, ensuring that the reality of coal’s future in Spain was made abundantly clear much faster than most expected.

A combination of strict EU regulations, declining demand as renewables and natural gas see their own costs diminish, and increased investor unease at supporting fossil fuel companies have worked a more concise and speedy decline for coal in Spain.

Tell a friend:
Spain Closes Half of All its Coal-Fired Power Stations in One Fell Swoop