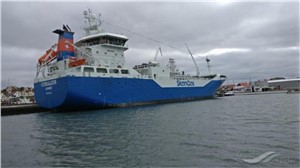 The report "Small-Scale LNG Market by Type (Liquefaction, Regasification), Application (Heavy-Duty Vehicles, Industrial & Power, Marine Transport), Region (North America, Europe, Asia Pacific, Middle East & Africa, and South America) - Global Forecast to 2025", is expected to grow from USD 2.3 billion in 2020 to USD 2.6 billion by 2025, at a CAGR of 2.6%, during the forecast period. The major factors driving the market include energy cost advantage of LNG, environmental benefits, and growing demand from various applications such as heavy-duty vehicles, industrial & power, and marine transport.

APAC is expected to have the largest market size in the global small-scale LNG market during the forecast period
APAC is projected to be the leading small-scale LNG industry, globally, during the forecast period. The growth in the APAC region can be attributed to the rising demand from heavy-duty vehicles and industrial & power sectors. The presence of a robust industrial base, favorable government policies, and low labor costs along with growing demand for small-scale LNG in the region are further strengthening the market and attracting major players to invest in the region.

The Linde Group (Germany), Wartsila Corporation (Finland), Honeywell International Inc. (US), General Electric (US), Engie (France), and Gazprom (Russia) among others are the key players operating in the small-scale LNG market.

This report is now available on ASDReports!