Accomplishment Achieved Faster Than Any Other Producer in the World; 100th Cargo at Corpus Christi Facility Also Exported 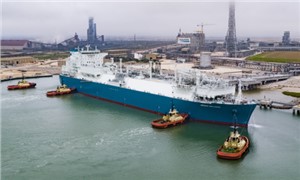 Cheniere Energy, Inc. announced today that it has produced and exported its 1000th cargo of liquefied natural gas. The 1000th cargo was exported within a four-year time period after startup, setting an industry record and making Cheniere the fastest producer in the world to reach this milestone. Cheniere has produced these 1,000 cargoes from both the Sabine Pass Liquefaction Project and the Corpus Christi Liquefaction Project.

“Reaching 1,000 cargoes of LNG faster than any producer in history is a testament to the performance of our people and the culture of our company. Our focus on reliability and safety through the entire LNG production process enabled us to reach this milestone, while fulfilling our commitments to our foundation customers,” said Jack Fusco, Cheniere’s President and CEO. “Cheniere will continue to focus on operational excellence to help meet growing demand for reliable, flexible, and cleaner sources of energy around the world. This achievement would not be possible without the dedication and diligence of Cheniere’s employees, our partners and customers, and we look forward to celebrating cargo 10,000.”