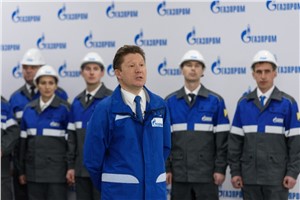 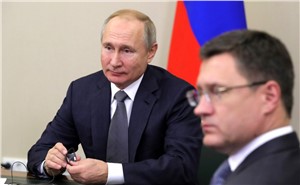 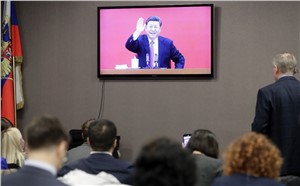 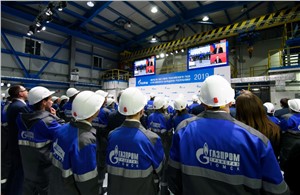 A ceremonial event marking the start of first-ever pipeline supplies of Russian gas to China via the eastern route – the Power of Siberia gas trunkline – took place today.

The scheme of gas supplies via the eastern route is the most ambitious investment project in the global gas industry. Within this framework, Gazprom has built a section of the Power of Siberia gas pipeline stretching for some 2,200 kilometers from Yakutia to the Chinese border near Blagoveshchensk. Also completed are the border-adjacent Atamanskaya compressor station and a cross-border section with a two-string submerged crossing under the Amur River.

According to the Sales and Purchase Agreement between Gazprom and CNPC, gas deliveries will be carried out in the course of 30 years. There is a robust resource base in place. Currently, Power of Siberia receives gas from Chayandinskoye, the largest field in Yakutia (1.2 trillion cubic meters of gas reserves). On the basis of this field, a new gas production center has been created in the region from the ground up. The center has already been provided with key facilities, such as comprehensive gas treatment and pre-treatment units, a booster compressor station, a utility system, and about 1,000 kilometers of roads, including 25 bridges. The field's annual design output is 25 billion cubic meters of gas. This figure is expected to be reached in 2024.

In late 2022, Power of Siberia will start to receive gas from one more location – Kovyktinskoye (2.7 trillion cubic meters of gas reserves), the most prolific field in eastern Russia. At the moment, the field serves as the basis for creating the Irkutsk gas production center, with pre-development operations underway. In the future, an approximately 800-kilometer stretch of Power of Siberia will be constructed between Kovyktinskoye and Chayandinskoye.

Owing to the unique experience and expertise of Gazprom's specialists, the project is implemented with utmost efficiency in the given extreme climatic conditions such as, for example, the minimum air temperatures in Yakutia which can be as low as −62 degrees Celsius. Power of Siberia passes through wetlands, mountainous terrains, seismically active zones, and areas of permafrost and rocky ground. In the project, the Company is applying cutting-edge technologies along with domestic hi-tech equipment meeting the best world standards. For instance, the Power of Siberia gas pipeline is built using solely pipes of Russian manufacture with anti-friction coating inside, as this technology helps reduce gas transmission costs. On the outside, the pipes are insulated with innovative Russian nanocomposite materials providing anticorrosion protection which guarantees a long service life for the gas pipeline. For crossing active tectonic faults, pipes of enhanced deformation capacity are used, with special technical solutions applied when laying them. Russian factories mastered the production of these pipes especially for Power of Siberia.

The project is carried out with a particular focus on maintaining a high level of process and environmental safety. Based on detailed surveys, and as early as at the design stage, the technical solutions were envisaged to be as environmentally-friendly as possible. These solutions include minimally manned technologies, comprehensive process automation, use of renewable energy sources, and provision of continuous environmental monitoring.

The Power of Siberia gas pipeline and the new gas production centers in eastern Russia provide additional opportunities for the acceleration of socio-economic development in eastern regions, primarily through gas grid expansion: the route of the pipeline was designed with a view to bringing gas to as many inhabited localities as possible. About 1,900 permanent jobs have been created at the facilities built by Gazprom. Stable tax payments will become a major source of revenues for the regional budgets and social programs.

“Today, we are witnessing a historic event for Russia and China. The eastern route – Power of Siberia – is a global, strategically significant and mutually beneficial project. A new scope of energy cooperation between the two countries with a prospect for further development. Clean energy today and tomorrow, for decades to come,” said Alexey Miller