Board of Directors reviews prospects of shale gas and LNG industry 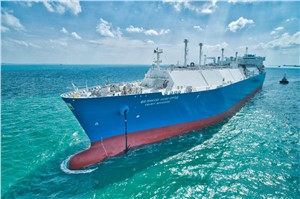 The Gazprom Board of Directors took note of the information about the growth prospects of the shale gas and liquefied natural gas (LNG) industry across the world, as well as opportunities and threats facing the Company.

It was highlighted that the share of the United States in the global shale gas production exceeded 95 per cent in 2018. According to current forecasts, this country will remain the main producer of shale gas for the long term.

It is expected that shale gas production outside North America will not have a significant impact on the global gas market configuration and future export activities of Gazprom even by 2030.

It was noted at the meeting that earthquakes in the United Kingdom – the only country in Europe that, until recently, had been making attempts to launch development of shale gas on an industrial scale – led to a number of statutory bans precluding commercial production of gas from shale in the country.

For Gazprom, shale gas production is unfeasible both in the medium and long term, given the significant economic and environmental benefits of natural gas from conventional fields, as well as the volume of its proven reserves.

An overview of LNG trends showed an increased number of final investment decisions (FIDs) on LNG projects. From September 2018 to October 2019, FIDs were made for seven new LNG projects in North America, Russia, and Africa – an all-time record for the industry. Nevertheless, independent estimates predict that market growth rates in the next decade will be similar to those in the current decade.

By 2030, Russia is expected to become a leader in the commissioning of new LNG capacities. The greatest contribution to global LNG imports growth – 60 per cent – will be made by the Asia-Pacific region.

The meeting emphasized that Gazprom is making further efforts to develop its LNG segment.

The Management Committee was tasked to continue monitoring the prospects of the shale gas and LNG industry around the world.

Tell a friend:
Board of Directors reviews prospects of shale gas and LNG industry