Oil Market Report: Back to business as usual 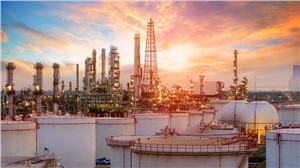 Oil markets in September withstood a textbook case of a large-scale supply disruption as the attacks on Saudi Arabia temporarily affected about 5.7 mb/d of crude production capacity. On Monday 16 September, the first trading day following the attacks, after an initial spike to $71/bbl Brent prices fell back as it became clear that the damage, although serious, would not cause long-lasting disruption to markets. Saudi Aramco’s achievement in restoring operations and maintaining customer confidence was very impressive. This is reflected in the fact that as we publish this Report, the price of Brent is close to $58/bbl, actually $2/bbl below the pre-attack level.

Intuitively, the precision attacks on Saudi Arabia and the possibility of a repeat should keep the market on edge. There should be talk of a geopolitical premium on top of oil prices. For now, though, there is little sign of this with security fears having been overtaken by weaker demand growth and the prospect of a wave of new oil production coming on stream – Norway’s big Johan Sverdrup project started up this month and will reach 440 kb/d by mid-2020.

In this Report, for both 2019 and 2020 we have cut our headline oil demand growth number by 0.1 mb/d. However, the reduction for 2019 mainly reflects a technical adjustment due to new data showing higher US demand in 2018 which has depressed this year’s growth number. This year is seeing two very different halves. In 1H19, global growth was only 0.4 mb/d but in 2H19 it could be as high as 1.6 mb/d with recent data lending support to the outlook: non-OECD demand growth in July and August was 1 mb/d and 1.5 mb/d, respectively, with Chinese demand growing solidly by more than 0.5 mb/d y-o-y. The OECD countries remain in a relatively weak state, although as we move through 2H19 y-o-y growth returns helped by a comparison versus a low base in the latter part of 2018. Demand is supported by prices (Brent) that are more than 30% below year-ago levels. For 2020, a weaker GDP growth forecast has seen our oil demand outlook cut back to a still solid 1.2 mb/d.

The renewed focus on demand and supply fundamentals does not mean that the attacks on Saudi Arabia can be shrugged off as being of little consequence. Further incidents of this nature in the strategically important Gulf region could happen and cause even greater disruption. A key lesson from recent weeks is that the world has a big insurance policy in the form of stockholdings. The market is the first responder to a supply crisis and OECD commercial stocks in August increased for the fifth consecutive month and are now close to the record 3+ billion barrels level we saw during most of 2016. IEA members hold an additional 1.6 billion barrels of strategic stocks, and the prompt response by the Agency to consider an emergency stocks release helped to calm markets. Commercial and strategic inventories go a long way to offsetting the lack of spare crude production capacity outside of Saudi Arabia, limited mainly to 1 mb/d in Iraq, UAE, Kuwait and Russia. We might have quickly returned to business as usual, but security of supply remains very relevant.

Tell a friend:
Oil Market Report: Back to business as usual