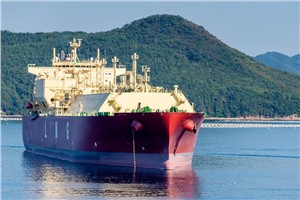 The term “LNG market” might be considered oxymoronic given the history of the industry, which can arguably be described as an oligopoly. Typically, a liquefaction project followed a certain trajectory:  find enough gas to fulfill a long-term deal, locate a buyer willing to commit to a long-term contract (15 or 20 years) with restrictions preventing resale of LNG cargoes (destination restrictions) to reduce competition, high take-or-pay clauses, and prices indexed to crude oil, based on the relative heat contents. (Which is like pricing tea based on the caffeine content relative to coffee.) The spot market was extremely thin.

Enter U.S. exporters, with the charge being led by Cheniere Energy. They have shaken up the industry by offering gas with prices indexed to Henry Hub natural gas prices, rather than crude oil prices, and often eschewing destination restrictions, while pursuing small-scale, short-term sales when profitable. (Customers in 2018 include Jamaica and Malta, both too small to be on traditional LNG exporters’ radar.) This is an excellent example of animal spirits at work:  aggressively seeking profitable business rather than avoiding competition that might reduce prices.

Why does this matter? Natural gas has long been shut out of some markets by dint of its price being well above competing fuels, especially coal but also residual fuel oil, which is often 10 to 20% cheaper than crude oil. Although only about 7% of global oil consumption is still residual fuel oil, the comparable level in the United States is 1.5%, thanks to the availability of cheap coal and natural gas. More natural gas consumption globally would help reduce greenhouse gas emissions, to everyone’s benefit.

So, U.S. LNG exporters are doing a service by being more competitive than other exporters and reducing global gas prices, but there are obvious limits. U.S. LNG exporters are hindered by the cost of their feedstock, the price of gas (usually Henry Hub) which has been about $3/MMBtu in recent years.  Contrast that with gas entering Russian pipelines in Siberia, which is very cheap, and exporters like Qatar, whose gas is so rich in condensate that the gas can be provided to the liquefaction plant for free.

This will become increasingly important as gas contracts delink from oil prices. According to the International Gas Union (Global Gas Report 2018), only 25% of European gas prices are linked to oil prices, down from 75% in 2005.  Competition with pipeline gas, especially from Russia, has kept European gas prices lower than those in Asia, where LNG prices are still predominantly oil-linked.

Although contract details are scarce, those that rely on Henry Hub prices seem to typically include a surcharge of $4/MMBtu or more to cover the cost of gathering and liquefaction. Assuming an additional $1/MMbtu in shipping costs, and U.S. exports are not currently very profitable, since warm winter weather has seen gas prices drop below $7/MMBtu in both Europe and Asia recently. Of course, utility companies buying the LNG can usually pass their costs on to their customers, and are hardly going to cancel purchases that are temporarily above the local spot price.

And it is likely that these price levels are temporary, reflecting warm winter weather in Asia especially. Companies should not assume them the new norm, any more than the elevated prices in the 2011-2014 period were likely to persist, as I warned in 2013.  However, it behooves those contemplating LNG export projects to be aware of, and try to mitigate, the risk of prices low enough to make exports unprofitable. Most important, and this has been a recurring theme throughout my career, don’t assume high oil prices will provide cover for an expensive development.  That is the point where animal spirits spiral into irrational exuberance.

Tell a friend:
U.S. Exports Are Revolutionizing The LNG Market