The Problem With The Ethanol Industry 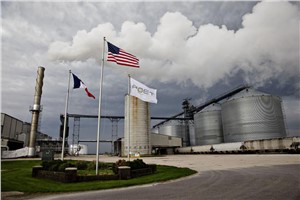 Despite once being included on an "Ethanol Enemies List", I would like to see a healthy U.S. ethanol industry. I think it's important for the U.S. to produce as much fuel as we can domestically, and it's important to keep U.S. farmers in business.

I just disagree with the way we created and expanded this industry in the U.S. I also disagree with a lot of misinformation that is promoted by the ethanol industry (or any industry for that matter).

Consider the business model of the ethanol industry. It is essentially to get the federal government to force consumers to use their product. That is not a sustainable business model. It creates a cycle of dependence that has been in place since the industry was in its infancy.

Market by Mandate
The Renewable Fuel Standard (RFS) was created by the Energy Policy Act of 2005. In a nutshell, the RFS, which is administered by the Environmental Protection Agency (EPA), sets annual volumes of biofuels that must be blended into the fuel supply. Gasoline blenders can either meet their quotas by blending ethanol, or they can buy ethanol blending credits called RINs (renewable identification numbers).

Refiners object to the entire concept of being forced to blend ethanol, and for being penalized if they don't. Refiners have spent billions of dollars on complying with the ethanol mandates. That cost to the refiners is essentially a transfer of wealth to the ethanol industry.

The ethanol industry would argue that if refiners weren't being forced to blend ethanol, they wouldn't. That's mostly true. Ethanol has a significantly lower energy content than gasoline, but ethanol is used to increase octane. Thus, refiners would still use it even if they weren't forced to, but at only a fraction of the current usage volumes.

But the most important item for the ethanol industry -- the mandate itself -- remained in place.

Despite this huge increase in mandated ethanol, it has never been enough to bring continuous prosperity to the ethanol industry, or to the corn farmers that supply it. In my previous article, I showed that major ethanol producers have seen their share prices hit hard over the past two years.

The Opposite of a Free Market
Last year, Iowa Senator Chuck Grassley penned an editorial arguing the merits of the nation's RFS program. Senator Grassley stated in part:

"As a free-market conservative, I believe that competition spurs innovation, encourages dialogue and ultimately delivers the best quality products to consumers. That's one of the many reasons I believe so strongly in ethanol as part of an all-of-the-above energy strategy."

Forcing consumers to use your product is the opposite of the free-market conservatism Senator Grassley says he supports.

But it doesn't have to be that way. There is another path.

I will describe that solution in the next column. (I had originally intended for this column to describe both the problem and the solution, but the issue is complex enough that the column would go beyond the preferred word count).

Tell a friend:
The Problem With The Ethanol Industry