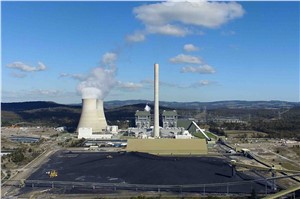 EnergyAustralia, one of the big three generator-retailers that dominate Australia’s energy markets, has plunged into the red after writing more than $A1.1 billion off the value of its retail business, as it also struggles with operational issues at its two major coal generators.

The Australian company returned a loss of nearly $1 billion in the June half, so great that it also pushed the overall results of its parent company, the Hong-Kong based CLP which has vast operations in Hong Kong, mainland China, India and elsewhere into the red and an overall loss of $HK907 million.

EnergyAustralia’s problems were three-fold – the crack-down on so-called standing offers that led the major write down, ongoing problems at both its Yallourn brown coal generator in Victoria and the Mt Piper coal generator in NSW, and a major haircut on hedging products.

Like the other big “gen-tailers”, EnergyAustralia business model is being challenged and disrupted on numerous fronts – the rapid adoption of rooftop solar by household and business customers, the decision by big industrial customers to seek power purchase agreements based around renewables, the rise of new competitors, and the growing pressures on the ageing fossil fuel fleet.

The response from the incumbent utilities to these pressures, and the uncertainty around future business models, has been to maximise earnings while they can, and this has resulted in huge increases in wholesale prices and increased margins on the retail side.

That has delivered record earnings for the biggest players over the last 18 months, but EnergyAustralia’s report suggests the party is over. Its operating result in Australia plunged 63.5 per cent to HK$824 million (from HK$2.26 billion), even before the write down pushed its bottom line into the red.

The biggest impact in the June half came from the introduction of default market offers by both the federal and Victoria governments, which came into effect on July 1 and has forced EnergyAustralia to move 170,000, or 10 per cent of its customers, to new and lower tariffs. To top this off, the company lost another 50,000 customer accounts over the first half to competitors.

The introduction of these default market offers, the company says, will affect current and future earnings and means that it can no longer justify the value of goodwill attached to its Australia retail business.

“Given these regulatory changes and the expected resulting change to the market …. the carrying value of the Retail CGU (cash generating unit) cannot be supported by the value in use,” it said in its account notes.

“As a result, the Group has recognised an impairment on Retail goodwill of HK$6,381 million (A$1,176 million).” Analysts expect the new rules to slash its retail earnings by around $60 million in the coming half.

That’s not the only problems for EnergyAustralia. There have been major operational issues at the ageing Yallourn generator, which some analysts think won’t last until its scheduled 2032 closure, and the Mt Piper plants is having problems accessing suitable coal supplies.

The issues at Yallourn were compounded by a fatal accident late last year. EnergyAustralia says operational issues will continue into the second half, although it hopes to be back in full production by the next summer.