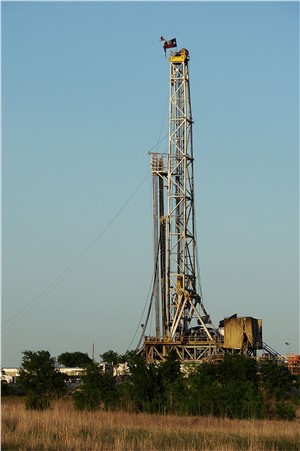 “Renewable Natural Gas is a low-carbon transportation fuel that is increasingly produced to meet the cellulosic biofuel requirement under the RFS,” said Mr. Stander. “We are proud to promote the success and advances of RNG, and we intend to continue supporting this exciting and sustainable technology.”

Mr. Stander led the development of Ameresco’s RNG production facility at the Woodland Meadows Landfill in Canton, Michigan, which became operational in 2018. He was one of several leading industry experts representing the RNG Coalition at the EPA public hearing on July 31 in Ypsilanti, Michigan, for the EPA’s proposed Renewable Fuel Standards for 2020.

RNG is a biogas-derived biomethane that is refined to meet the purity and interchangeability standards of pipeline quality natural gas. RNG can be derived from a variety of organic waste streams, including from landfills, wastewater treatment plants, and agricultural facilities. Ameresco is a developer, owner and operator of RNG production facilities.

Since 2014, the EPA has recognized the use of RNG to meet fuel volume standards under the RFS. The RFS program is a national policy which requires annual volumes of renewable fuels to be incorporated into the nation’s transportation fuel market. RNG makes up more than 95 percent of the renewable fuel used to meet the RFS cellulosic biofuel requirement.

Ameresco has developed 39 beneficial use projects involving biogas at wastewater treatment plants and landfills, including three RNG facilities in Arizona, Michigan and Texas that participate in the RFS program. The RNG facilities generate D3 Cellulosic Renewable Identification Numbers (RINs) and provide transportation fuel that is injected into the natural gas pipeline grid.

In 2010, Ameresco built the first RNG project of its kind generating RNG at a wastewater treatment facility for sale through a commercial gas pipeline in San Antonio, Texas. This year, Ameresco announced the commercial operations of its RNG plant at the 91st Avenue Wastewater Treatment Plant in Phoenix, Arizona, which is the largest wastewater treatment biogas-to-RNG facility of its kind in the U.S.

“Policy and regulatory certainty are vital to the growth of RNG. This requires RNG demand to remain strong, consistent and at a level that reflects actual and future production,” said Mr. Stander in his public testimony to the EPA. “We strongly encourage the EPA to set the 2020 cellulosic biofuel RVO to account for at least 650 million gallons of RNG.”