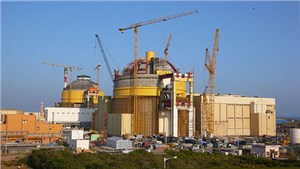 GE today announced orders and continued strong momentum for the company’s flagship HA, the largest and most efficient gas turbine fleet in the industry, at POWER-GEN International in Orlando, Florida.

Independent power producer Chiahui Corporation will use the HA, the industry’s most efficient heavy-duty gas turbine, as part of a full turnkey power expansion project at Chiahui Power Plant in Chiayi Province, Taiwan. GE’s 7HA.02 gas turbine will be part of the expansion to increase the plant’s generation potential, and it will be the third HA gas turbine in Taiwan, enhancing the country’s ability to generate flexible, reliable and affordable electricity from natural gas.

GE’s customers have also announced major operational milestones for several HA-powered facilities around the world, including Invenergy’s Lackawanna Energy Center in Jessup, Pennsylvania, United States, and Aluminium Bahrain (Alba)’s Unit 1 at Power Station 5 in Bahrain. Both customers have achieved first fire status for the HA units —a significant milestone for plants preparing to become commercially operational and provide electricity to the grid.

In addition, GE shared that its fleet of more than 30 HA gas turbines commercially operating around the world has surpassed 220,000 operating hours, and has added 19 gigawatts (GW) of new capacity worldwide. The HA remains the fastest-growing fleet of gas turbines today, with 83 orders by 35 customers in 16 countries.

Natural gas power plants have a lifespan measured in decades, and customers look to GE to provide total plant solutions across the entire lifecycle of their power generation assets. To that end, GE also announced today that it has completed Europe’s first 9EMax gas turbine upgrade at the Czech Power Station, providing significantly more power, incremental revenue generation, and greater efficiency. This is GE’s fifth 9EMax upgrade, built on its deep experience of a global fleet of more than 700 9E gas turbines.Powering to a Cleaner Energy Future with Gas

In a new whitepaper released this week citing the International Energy Agency’s most recent World Energy Outlook, GE said that “the contribution of gas to powering the world through 2040 is vital by almost any measure, across markets and sectors.” Natural gas generation is also a perfect complement to other technologies that will power the future of electricity: from energy storage and renewable energy sources such as wind and hydro to high-voltage grid technologies such as high-voltage direct current (HVDC).

Strazik continued, “Natural gas generation will continue to fuel the future of our world with its ability to support increased levels of renewable energy and provide efficient and flexible electricity to people who need it.”