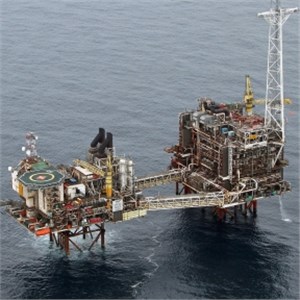 ETAP, often regarded as one of the most ambitious and commercially complex developments in the North Sea, comprises multiple fields with varying ownership arrangements sharing a central processing facility (CPF).

At the time of development, the individual reservoirs were not deemed to be commercially viable on a stand-alone basis, so the ETAP alliance was formed to develop the fields as one joint development.

It came on stream in July 1998 with an estimated production life of 20 years. However, a $1billion investment programme in 2015 breathed new life into the hub, securing its future well into the 2030s.

Intially seven fields, four operated by BP and three by Shell produced through the CPF. Two further BP-operated fields came online four years later in 2002, bringing the total number of fields producing through the CPF to nine. Two of the Shell fields have since ceased production. Day-to-day production operations of the remaining seven ETAP fields are controlled by BP from the CPF.

In its two decades of operations, more than 550 million barrels of oil equivalent (gross) has been produced from the BP-operated ETAP fields.

BP North Sea Regional President Ariel Flores said: “ETAP embodies the pioneering and innovative spirit the North Sea is renowned for around the world and shows what can be achieved when companies work together for the greater good of the region.

“When the project was sanctioned in the mid-1990s, BP and our ETAP joint venture partners were applauded for our unique collaboration and high level of innovation. Here we are 20 years later, continuing to push boundaries in maximising recovery and extending field-life. ETAP remains a key asset in BP’s refreshed North Sea portfolio and our enduring North Sea presence.”

Dr Andy Samuel, Chief Executive of the Oil and Gas Authority added: “ETAP stands out as one of the great MER UK stories - a ‘poster child’ for MER UK, even before the concept existed.

“Most impressive has been the great leadership and collaboration from the owners, investing significantly over decades to unlock substantial value in innovative partnership with service companies. The area still has an exciting future, with plenty to play for and the potential for further discoveries to be tied back.”