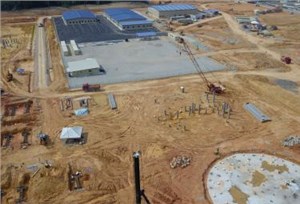 GE today announced that Nick Miller, senior technical director of GE’s Energy Consulting business, has been recognized by the Utility Variable-Generation Integration Group (UVIG) for his contributions to the integration of wind and solar plants into power system operations. He was honored with a UVIG Lifetime Achievement Award at the 2018 UVIG Spring Technical Workshop in Tucson, Arizona.

“Nick Miller has dedicated his career to finding the most effective and efficient ways to integrate wind and solar energy into electric power grids. His work on the National Renewable Energy Laboratory's Western Wind and Solar Integration Study was pioneering and vital to the future of our industry. We are grateful to Nick for his contributions to the integration of renewables into power system operations, and we congratulate him on being selected for the lifetime achievement award,” said Charles Smith, executive director, UVIG.

UVIG recognized Miller for his career in renewable integration, which includes:

“UVIG is the only professional organization focused exclusively on renewable integration and operation. Its members are leaders in the industry, the best of the best, a society that together shares best practices and solves challenges,” said Miller. “I am humbled and honored to receive this award from such a highly accomplished and diverse group of experts in our field. I look forward to continued collaboration with my peers to find ways to push the envelope to integrate more renewables onto the grid.”