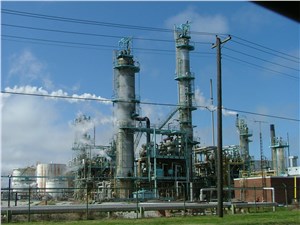 The Chevron-operated Ballymore well, in which we have a 40% interest, has been drilled to a final depth of 8,898 meters. We encountered a little over 205 meters of net oil pay in a very high quality reservoir. This discovery will give us access to the Norphlet play in the Eastern Gulf of Mexico (GoM), which until now was known primarily for the Appomatox discovery. We are currently drilling a sidetrack well to further assess the stakes of this discovery, which may be higher than anything we’ve seen so far in the GoM. This year, we're also planning an exploration well at another Norphlet prospect located near Ballymore.

More broadly speaking, what are our positions in the U.S. Gulf of Mexico?
B.C. – We’ve currently got interests in two producing fields: 17% in Tahiti, operated by Chevron, and 33.33% in Chinook, operated by Petrobras. As part of the Maersk Oil acquisition, we will soon have a 25% stake in the Chevron-operated Jack field, which is also in production. We are also present in two major discoveries of the last few years, with a 40% interest in North Platte, operated by Cobalt, and our very recent 12.5% interest in Anchor, operated by Chevron. On the exploration side, we hold participations in more than 160 exploration leases. We are looking to diversify our portfolio of partners, to work with the most skilled operators and to operate ourselves. This should happen in 2019 – it's something we're working on with the TEP USA team

Tell a friend:
Discovery of Ballymore in the Gulf of Mexico - 3 Questions to Bruno Courme