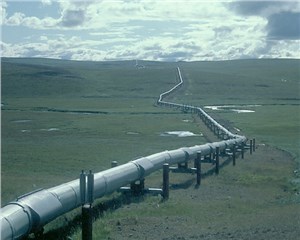 TransCanada Corporation today announced that the U.S. Department of State has signed and issued a Presidential Permit to construct the Keystone XL Pipeline.

"This is a significant milestone for the Keystone XL project," said Russ Girling, TransCanada's president and chief executive officer. "We greatly appreciate President Trump's Administration for reviewing and approving this important initiative and we look forward to working with them as we continue to invest in and strengthen North America's energy infrastructure."

Keystone XL is an important piece of TransCanada's comprehensive U.S. growth portfolio driving an investment of more than US$15 billion in liquids and natural gas projects that will create thousands of well-paying jobs and generate substantial economic benefits across the U.S.

TransCanada will continue to engage key stakeholders and neighbors throughout Nebraska, Montana and South Dakota to obtain the necessary permits and approvals to advance this project to construction.

In conjunction, TransCanada has discontinued its claim under Chapter 11 of the North American Free Trade Agreement (NAFTA) and will end its U.S. Constitutional challenge.