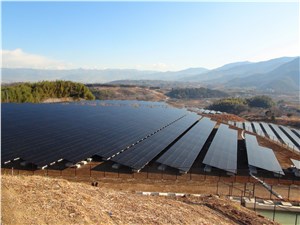 As energy demand continues to increase across the globe, many countries and utilities are exploring ways to meet the need for reliable, efficient and affordable electricity while also implementing more renewable generation into their fuel mix. GE's Energy Consulting group (NYSE: GE) has performed numerous studies on renewable integration, and today it launched a new interactive infographic consolidating the key findings from three of its North American studies to help provide valuable insight to those looking to add renewables to their power mix.

"With the world's power industry continuing to evolve to meet growing electricity demands through increased renewable power, it is important to fully understand both the technical and economic implications of adding large amounts of renewable generation to the grid," said Beth LaRose, general manager, GE's Energy Consulting group. "While there may be challenges that arise as more renewable power is added to the mix, the benefits of contemporary renewable technology can outweigh the risks."

The new infographic from GE features key findings and takeaways from its recently completed Hawaii Wind and Solar Studies as well as from the Western Wind and Solar Integration Studies (WWSIS) and the PJM renewable integration study. The findings from these integration studies can help utilities in other parts of North America and around the world gain a clear understanding of the most common challenges and solutions for integrating large-scale renewables onto their grid.

The Hawaii Wind & Solar studies utilized modeling tools to identify and evaluate cost-effective ways to support the growth of renewables on the islands of Oahu and Maui. The goal of the studies was to meet renewable targets and standards while also maintaining grid stability and reliability. The studies found that to improve grid reliability and stability through the integration of renewables, there were a few operating changes that would need to be made to the current system:

The WWSIS studies investigated the operational impact of renewables at renewable penetrations of up to 35 percent annual energy on power systems operated by the WestConnect group of utilities -- which includes companies in many western U.S. states. The studies determined that the Western Interconnection can successfully meet more than 30 percent of the region's electrical power needs by integrating wind and solar.

In the Northeastern part of the country, the PJM renewable integration study examined what impact increased renewable penetrations would have on grid performance in all or parts of Delaware, Illinois, Indiana, Kentucky, Maryland, Michigan, New Jersey, North Carolina, Ohio, Pennsylvania, Tennessee, Virginia, West Virginia and the District of Columbia. This study, which was initially commissioned in 2011, found that to achieve the 14 percent renewable portfolio standard (or 40 gigawatts of renewable power) that PJM wants to reach, it would require a minimal annual transmission investment of approximately $4 per megawatt-hour of renewable energy. Further, the study found that the fuel cost savings from renewable generation could offset the costs of necessary transmission investments over time.

To learn more about these renewable integration studies and their findings, check out GE's new, interactive infographic.