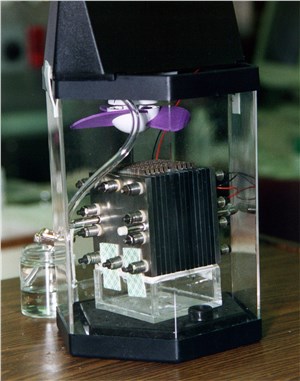 Ballard Power Systems today announced that it has received an order from a Chinese customer to supply its next-generation FCvelocityTM-HD7 power modules for 8 buses to be deployed in a number of Chinese cities. Ballard expects to ship all of the modules in 2015.

Randy MacEwen, Ballard’s President and CEO said, “We are now beginning to see meaningful evidence of growing demand for clean energy mass transportation alternatives in China, including both buses and trams. This demand is being driven by a pressing need to address China’s challenging air quality issues, for which fuel cell technology is seen as an emerging option.”

China’s rapid economic expansion over the recent past is resulting in public concern regarding deteriorating levels of air quality. As a result, the Government is investing heavily in the renewable energy industry and on actions designed to save energy and reduce emissions.

This growth has also spawned the largest commercial vehicle segment in the world, in terms of production and domestic sales, including the manufacture of more than 70,000 city buses in 2011. In that same year automotive emissions contributed more than 33% of the air pollution in Beijing, Shanghai and the Pearl River Delta Region.

A new energy program, launched in 2011 and involving 48 Chinese cities, has an objective of expanding public transit while also reducing the number of vehicles in cities. One of the program’s specific goals is to deploy more than 1,000 clean energy buses in each of its participating cities, taking advantage of Government subsidies to facilitate this expansion. Fuel cell buses, along with electric buses, are eligible for a subsidy of approximately USD$150,000, through 2017. In addition, hydrogen fueling stations are eligible for a further subsidy of approximately USD$650,000.