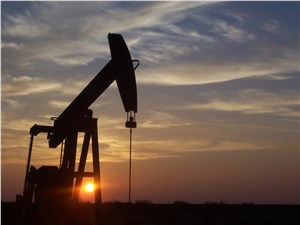 Kosmos Energy announced today that the CB-1 exploration well located in the Cap Boujdour permit area offshore Western Sahara encountered hydrocarbons. The well penetrated approximately 14 meters of net gas and condensate pay in clastic reservoirs over a gross hydrocarbon bearing interval of approximately 500 meters. The discovery is non-commercial, and the well will be plugged and abandoned.

Andrew G. Inglis, chairman and chief executive officer, said: “The CB-1 exploration well was designed to open the frontier Laâyoune Basin by testing the Al Khayr Prospect. While not a commercial find, this first well in the basin has significantly de-risked further exploration by demonstrating a working petroleum system, including the presence of a hydrocarbon charge, as well as effective trap and seal. The well results confirm the substantial exploration potential of our 22,000 square kilometer Cap Boujdour block, which includes a diverse range of independent plays and fairways with multiple prospects. Going forward, the key exploration challenge is finding reservoirs of commercial size and quality. We will analyze the information gathered from CB-1 and integrate it with the additional 3D seismic data we recently acquired to refine our exploration plan, including deciding on the location and timing of a potential second well. The Atwood Achiever drillship will now proceed to Mauritania as planned to test the Tortue Prospect.”

Located approximately 170 kilometers offshore in 2,135 meters of water, the CB-1 well was drilled on plan to a total depth of 5,700 meters at a net cost to Kosmos of approximately $85 million. Kosmos has held rights to conduct exploration activities in the Cap Boujdour permit area since 2006 under a petroleum agreement with the Government of Morocco’s Office National des Hydrocarbures et des Mines (ONHYM). Kosmos operates the Cap Boujdour license with 55 percent equity and is joined by its partners ONHYM (25 percent) and Capricorn Exploration and Development Company Limited, a wholly owned subsidiary of Cairn Energy PLC (20 percent).