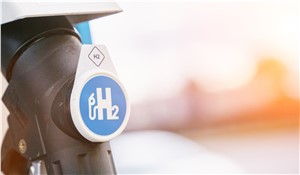 Element 2, the UK’s leading hydrogen refuelling business, has announced a partnership with Tower Group to provide access to hydrogen for road transport in the South West of England. The partnership connects Tower Group’s locally produced green hydrogen with the infrastructure required to supply fuel to hydrogen-powered trucks and haulage vehicles.

Tower Group is establishing hydrogen hubs in three key locations in Devon and Cornwall as part of plans to establish a new hydrogen ecosystem in the South West. The hydrogen hubs will have the capacity for long-term energy storage and Element 2 will provide end-to-end systems for offtakes of Tower Group-produced hydrogen as part of the agreement.

Element 2 will supply its market-leading mobile refuelling solutions in the regions, as well building permanent refuelling stations to provide hydrogen-powered HGVs with a network of refuelling stations along key haulage routes in Devon and Cornwall. Tower Group’s hydrogen hub plans include sites along critical M5 motorway and A30 trunk roads connecting the South West with London.

Dr Andrew Hagan, Chief Development Officer, Element 2, commented: “Today’s announcement is further evidence of us delivering on our plans to operate a UK-wide network of safe, high-quality hydrogen refuelling stations from Land’s End to John o’ Groats by 2027. By working in partnership with Tower Group and other forward-thinking organisations in the UK hydrogen economy, together we will enable the decarbonisation of heavy goods transport across the country and deliver a greener future. This agreement is a significant step towards this shared goal in the South West of England.”

Alex King, Chief Executive Officer, Tower Group, added: “Hydrogen will play a central role in the decarbonisation of a range of industries in the South West, including road transport. Our hydrogen hubs will have the capacity to store significant volumes of hydrogen, and working with partners like Element 2, we will be able to ensure a regular and reliable supply of hydrogen to customers. Together, we will develop a clean and green eco-system in the South West, supporting local jobs and local industry.”

Simon Earles, Chair of Hydrogen South West, said “We are delighted to see partnerships such as these being announced because it is only by working together that we will grow the hydrogen ecosystem to meet the increasing demand in the South West. I am hugely excited to see the hydrogen production, storage, and distribution at the heart of this collaboration come to life and help fuel the region’s transition to net zero.”

Element 2 will also provide Tower Group with technical and logistical support for planning or scoping exercises in relation to establishing its hydrogen refuelling solutions, as well as collaborating with Tower Group to identify fleet customers for the hydrogen stored at its facilities.

Tell a friend:
Element 2 and Tower Group Partner to Bring Hydrogen to the South West of England