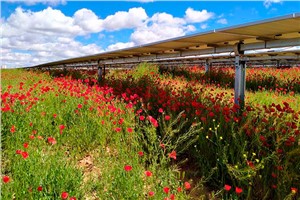 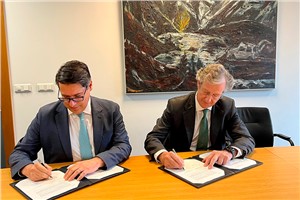 The European Investment Bank (EIB) and Iberdrola have signed a new agreement to accelerate Portugal's energy transition via the development of new renewable energy plants. The EU bank will provide a €70 million green loan for the construction of a portfolio of projects with a total capacity of around 188 megawatts (MW). These new facilities, awarded at auctions in 2019, will produce green and competitive energy equivalent to the average consumption of more than 65,000 households. In total, more than 150 million euros will be provided for these solar projects.

The EIB will finance five solar PV plants and their connections to the grid, located in the Portuguese regions of Algarve, Centro, Alentejo and Lisbon. These projects are mainly located in rural areas, which are considered cohesion regions by the European Union.

The financing will go to the followingprojects: Montechoro I and II (37 MWp), Alcochete I and II (46 MWp), Algeruz II (27 MWp), Conde (14 MWp) and Carregado (64 MWp). The financing will also include ancillary infrastructure such as access roads, substations and interconnections.

The investments will boost economic growth and employment in these regions. Overall, the new infrastructure will create around 1,000 direct jobs during the construction phase, in addition to those generated in the wider supply chain.

EIB Vice-President Ricardo Mourinho Félix said: "The agreement signed today confirms the Bank’s commitment to support Europe in achieving climate targets. We are pleased to collaborate with Iberdrola in its first ever solar power plants in Portugal which will also generate economic growth and jobs in cohesion regions. This project is an excellent example of the strategic cooperation between the EIB - Europe’s climate bank and Iberdrola - a global leader in renewables, united in supporting the green recovery, the green transition and Europe’s energy security.”."

José Sainz, Iberdrola's Chief Financial Officer, explained that: "This collaboration with the EIB is a boost for Iberdrola's projects in Portugal. This comes at a critical time for the energy transition, as more renewables is the only way to reduce our dependence on fossil fuels".

The financing signed with the EIB is also in line with "Iberdrola's commitment to support the energy transition in Portugal, where we intend to triple our solar capacity by 2023," said Sainz.

This is the second time that the EIB has provided financing for Iberdrola's projects in Portugal, following a previous loan of 650 million euros for the Tâmega gigabattery hydro project.

Portugal, a strategic country for energy transition
Recently, Iberdrola's executive chairman, Ignacio Galán, reinforced the company's plans to support the energy transition in Portugal. By the end of 2023, the group's investments in Portugal will have exceed 2 billion euros. The company plans to allocate an additional 3 billion euros in the coming years for new solar, wind and storage projects, as well as new solutions such as green hydrogen.

Iberdrola operates the Tâmega gigabattery in Portugal, the largest clean energy initiative in the country's history with an investment of more than 1.5 billion euros, three dams and three power plants (Gouvães, Daivões and Alto Tâmega). In total the project has a storage capacity of 40 million kWh, equivalent to the average daily energy consumption of 11 million people.

In addition, Iberdrola already operates 92 MW of wind power in Portugal, acros three wind farms. These include Catefica, in the municipality of Torres Vedras, with 18 MW; Alto do Monção, in Mortágua and Tondela, with 32 MW; and Serra do Alvão, in Ribeira de Pena, with 42 MW. Together, these plants produce 200 GWh per year, equivalent to the electricity used by 35,000 households.

EIB and energy security
Over the past decade, the European Investment Bank has channelled nearly 100 billion euros into the EU's energy sector. These timely investments are now helping Europe weather the crisis triggered by the abrupt cut-off of Russian gas supplies. In the first nine months of this year alone, the EIB has signed financial support totalling more than EUR 8.3 billion for energy efficiency, renewable energy, electricity and storage projects within the EU, helping to strengthen the resilience of the European economy.

In October 2022, the EIB's Board of Directors decided to raise the Group's clean energy financing volumes to record levels in support of REPowerEU's goal of ending Europe's dependence on Russian fossil fuel imports. An additional EUR 30 billion will be invested over the next five years, adding to the EIB's already strong support for the EU energy sector. The specific REPowerEU package is estimated to mobilize an additional EUR 115 billion in additional investments by 2027, thus making a substantial contribution to Europe's energy independence and to the EIB Group's objective of mobilizing EUR 1 trillion in climate finance this.

More information on the EIB’s Support for energy can be found here and the latest energy projects that have been financed here.

Iberdrola, extending its financing channels
At the end of September 2022, Iberdrola’s green financing, or financing linked to sustainability criteria, amounted to close to 45 billion euros, of which almost 16 billion euros relates to green bonds.

This financing strategy is supporting the company’s record investment plan, which will see investments of 47 billion euros globally by the end of 2025, aimed at increasing its renewable capacity to 52,000 MW and enhancing the value of its network assets to 56 billion euros.

As outlined at the company’s recent Capital Markets Day, Iberdrola is diversifying its sources of financing. In addition to traditional sources of finance, the group now also collaborates with Export Credit Agencies, development banks and multilateral agencies, with which it aims to raise up to €11 billion by 2025.