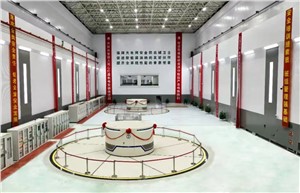 GE Hydro Solutions was selected by Anhui Jinzhai Pumped Storage Power Co., LTD, one of the divisions of State Grid XinYuan, to supply four new 300 MW pumped storage turbines, generator-motors as well as the balance of plant equipment for the Anhui Jinzhai pumped storage power plant located in the Jinzhai County, Anhui Province, China. The first two units have been successfully delivered to the project, have passed the trial operation period, and are now connected to the grid.

The 1.2 GW project will play a role to help China achieve its goal to build more than 200 pumped storage stations with a combined capacity of 270 gigawatts by 2025 (Source: Bloomberg). The project annual generating capacity represents about 1.4 times the annual household electricity consumption in Jinzhai. Acting as a sustainable large-scale energy storage system, the Jinzhai pumped storage station will save up to 89,500 tons of coal and reduce 179,000 tons of carbon dioxide emissions every year.

Pascal Radue, President & CEO, GE Hydro Solutions, said: “Once the project is fully commissioned, the giant 1.2 GW hydro battery will offer a high level of flexibility and reliability to the local power grid. This demonstrates pumped storage Solutions’ ability to solve some of the biggest challenges linked to the energy transition, in China and beyond”.

This project adds up to the 8,2 GW of pumped storage solutions GE has delivered in China, which represent more than 25% of the installed base in the country. In the world, more than 30% of hydro storage plants are equipped with GE technology.