Highlights Opportunity for Hydrogen in the South West - Hydr 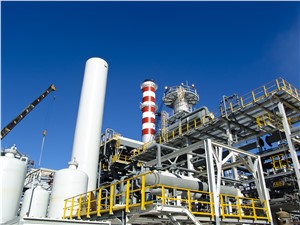 Hydrogen South West, the leading hydrogen ecosystem in the south west, has added Carlton Power to its growing hydrogen cluster.

The independent energy company recently received planning consent for its Langage Project, a 10 MW green hydrogen power plant in Plymouth, which is part of the proposed Plymouth & South West freeport.

The plant will provide renewable energy to several industrial sites in the region, which can receive green hydrogen without extensive modification. This will help to decarbonise their operations, which otherwise rely on natural gas. The project will therefore, potentially provide hydrogen to transport fleet operators in the South West. (as well as industry)

Once operational, the Langage Project will reduce carbon emissions by 5,000 tonnes annually.

The Langage Project is one example of how hydrogen can be delivered through a relatively simple modification in an industrial setting.

“The South West is fast becoming a national centre of excellence for hydrogen,” said Simon Earles, chairman of Hydrogen South West. “We’re delighted that Carlton Power has gained consent for its Langage Project – the latest in a long line of net zero developments that will bring the benefits of hydrogen to the region and beyond.”

The South West has a rich engineering and energy history and is home to a powerful cluster of leading aerospace and transport businesses. These companies have joined forces to create Hydrogen South West.

The ecosystem is delivering a range of projects that focus on the role hydrogen can play in decarbonising key industries – such as aviation, transport and utilities.