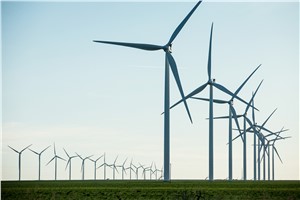 After a thorough and competitive process, Atlantic Shores Offshore Wind (Atlantic Shores), a 50:50 partnership between Shell New Energies and EDF Renewables, is proud to announce its selection of Vestas as the preferred supplier for its 1.5 GW offshore wind project in New Jersey, USA.

Vestas will provide its industry leading V236-15.0 MW™ offshore wind turbines, with installation expected in 2027. Once installed, the project will generate enough clean energy to power more than 700,000 U.S. homes.

“The Murphy Administration has set bold offshore wind development and emissions reduction goals, and we’re backing up those commitments to a more sustainable Garden State through focused action and concrete investments that address climate change while creating good family sustaining jobs,” said Jane Cohen, Executive Director of the New Jersey Governor’s Office of Climate Action and the Green Economy.  “Atlantic Shores’ selection of Vestas as the preferred supplier of its New Jersey offshore wind project marks another crucial step toward our state’s transition to a green economy and realising our clean energy future”.

“Today’s announcement by Atlantic Shores Offshore Wind and Vestas is an exciting step forward for one of New Jersey’s first offshore wind projects,” said New Jersey Board of Public Utilities President Joseph L. Fiordaliso. “This key development milestone helps keep the State on track for achieving Governor Murphy’s goal of 100% clean energy by 2050 and our nation leading goal of 11GW of offshore wind by 2040”.

With this project, New Jersey, Atlantic Shores, and Vestas are together taking a leading role in meeting the state’s clean energy goal, while also advancing the Biden Administration’s goal to support the deployment of 30 GW of offshore wind in the United States by 2030.

Given the state’s significant investment in the New Jersey Wind Port and keeping in line with the Atlantic Shores’ commitments to New Jersey as part of its selected Project 1 proposal, Vestas intends to establish a nacelle assembly facility at the New Jersey Wind Port in Salem County where the assembly and testing of the hub, cooler top, and heli-hoist modules will take place. The facility will supply Atlantic Shores’ inaugural project in its portfolio.

In addition, Vestas will deliver a comprehensive wind turbine service solution as soon as the project commences operations. These services will be executed from a state-of-the-art operations and maintenance base established by Atlantic Shores in Atlantic City, that will also provide additional local employment opportunities over the life of the project.

"Since our award in June 2021, Atlantic Shores has conducted an extensive due diligence and procurement process to find the right turbine supply partner that will enable us to deliver the best value to the state of New Jersey, including local content commitments. We are proud to have concluded that process with the selection of Vestas as our preferred supplier, and we look forward to moving forward together to successfully deliver our Project 1,” said Joris Veldhoven, CEO of Atlantic Shores Offshore Wind.

“Congratulations to Atlantic Shores on a major milestone investment decision as part of its development of one of the largest offshore wind projects in the US, which is a sign of tremendous confidence in Governor Phil Murphy’s offshore wind economic development strategy that has positioned New Jersey to be the capital of American offshore wind,” said NJ Economic Development Authority CEO Tim Sullivan.

If the agreement with Atlantic Shores is converted to a firm order for Vestas, Vestas will disclose the order in a company announcement in accordance with the company’s disclosure policy.