Mainstream and Actis Sign Agreement for Sale of African IPP 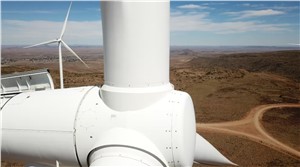 Mainstream Renewable Power, the global wind and solar company, and Actis, a global investor in sustainable infrastructure, have signed an agreement to sell the Lekela Power platform to Infinity Group and AFC, subject to regulatory approvals and customary closing conditions.

The platform was established as a joint venture between Actis (60%), and a Mainstream-led consortium called Mainstream Renewable Power Africa Holdings (MRPAH) (40%).

The planned exit reflects the successful culmination of the parties’ partnership strategy for Lekela, following a comprehensive value creation approach.

Mary Quaney, Group Chief Executive, Mainstream Renewable Power, said: "There has never been a more critical time to accelerate the global transition to renewable energy, for the health of both our planet and our communities.

"Much of Africa is acutely vulnerable to climate change and we are proud to have worked with Actis, as well as the communities, governments, project lenders, equipment suppliers and contractors across Africa, to deliver over 1 GW of operational wind power that will continue to have a positive impact for decades to come.

"Our vision is of a world electrified by renewable energy. Together with our strategic shareholders Aker Horizons and Mitsui, we are well positioned to lead and truly accelerate the transition to renewables in South Africa, across the African continent and in markets globally."

Lucy Heintz, Partner and Head of Energy Infrastructure, Actis, said: "This exit highlights the hands-on approach we take at Actis as builders and operators of leading energy platforms of scale, delivering positive impact.

"We’re proud to leave Lekela Power strongly positioned for its next phase of growth as an acknowledged sustainability leader supplying much-needed clean energy to communities across Africa, building on our Net Zero commitment.

"With our dedicated sustainability team, we have focused on an active ownership approach allowing us to deliver deep commitment to local African communities and environmental protection initiatives, investing behind the Energy Transition and delivering financial performance for our investors."

Throughout the development, construction and operations journey, Mainstream and Actis have delivered on their guiding and robust sustainable development standards, guided by close engagement with local communities.

In June, Mainstream and Actis announced the completion of the sale of its Chilean joint venture, Aela Energía, to the Canadian-listed developer Innergex Renewable Energy. The Aela Energía transaction was another milestone for Mainstream in accelerating and delivering the transition to renewable energy.

Clifford Chance and Citibank advised on the transaction.