Iberdrola to Develop 16 New Renewable Projects in the UK Aft 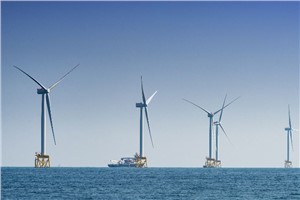 The Iberdrola group will develop 16 new renewable projects in the UK after guaranteeing their profitability by obtaining Contracts for Difference (CfD) with the UK government that ensure their financial viability.

CfDs are a financing mechanism that seeks to incentivise investment in new renewable technologies by guaranteeing developers a fixed indexed price, which allows them to meet initial costs and guarantee a minimum long-term return, regardless of the volatility of the wholesale market.

The implementation of these initiatives, which will be carried out in Scotland, England and Wales, will almost double the company's installed renewable capacity in this country, incorporating a total capacity of more than 2,200 MW.

Iberdrola has thus become the company with the largest number of renewable projects backed by the UK government in the fourth auction held by the Department of Energy BEIS, the result of which was announced today. The projects selected in this round will have 11,000 MW of installed capacity, of which almost 4,000 MW correspond to offshore wind energy.

This decision is an important endorsement for the construction of the East Anglia Three offshore wind farm, which will involve investments of around €4 billion. This site is one of the three offshore projects that form part of the East Anglia Hub, a macro-offshore wind farm complex that will have an installed capacity of 2,900 MW, enough to supply 2.7 million British homes with clean energy, and will involve an investment of approximately 12 billion euros. This infrastructure will be the Iberdrola group's largest offshore wind project in the world.

The successful outcome of this latest round of allocations follows Iberdrola's award of 7,000 MW of offshore wind power in Scotland earlier this year in the largest tender to date by the Crown Estate Scotland. In this auction, the company won three large-scale projects, which will involve a total investment of 22,500 million euros: two with floating technology, which it will develop in partnership with Shell, and the third on a fixed structure.

Just as the Iberdrola group was a pioneer in the promotion of onshore wind energy more than two decades ago, the company is now leading the development of offshore wind energy, one of the keys to the company's growth, for which it began its commitment 15 years ago.

Of the 4,000 MW of wind power currently under construction, more than 2,500 MW (65%) are offshore projects. Among them, Vineyard Wind 1 (806 MW), which will be the first commercial-scale wind farm in the United States. In this country, the group is also promoting Park City Wind (804 MW).

In Europe, Iberdrola has two major offshore wind projects under development: Baltic Eagle (476 MW) in Germany - which will form part of the largest offshore wind hub in the Baltic Sea, with 1,100 MW - and Saint-Brieuc (500 MW) in Brittany, France.

Tell a friend:
Iberdrola to Develop 16 New Renewable Projects in the UK After Guaranteeing Profitability