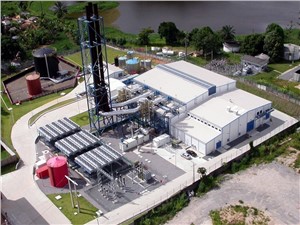 The technology group Wärtsilä has signed a full Operation and Maintenance (O&M) agreement with Termocabo S.A. The agreement covers a 48 MW power plant in the city of Cabo de Santo Agostinho, in the northeast of Brazil. The agreement was signed in April 2022, and has been in effect from 1 June.

Wärtsilä had an earlier O&M agreement for the plant, which ran from 2002 until 2015. The new agreement validates Wärtsilä’s capabilities in ensuring reliable and optimal output under all operating conditions.

“It is very satisfying that after a gap of some years, Termocabo has once again asked us to take responsibility for operating and maintaining this plant. This renewed cooperation will enable Wärtsilä to advise and support them as they develop their plans for future developments as the energy landscape changes and modernises,” said Jorge Alcaide, Energy Business Director, Region South, Americas, Wärtsilä.

The Reserve Capacity is a new auction introduced in 2021. Based on the Brazilian Energy Planner authority analysis, and the expansion of renewables, the 10-year plan PDE2031 (Plano Decenal de Expansão de Energia) indicates the need for 14 GW of capacity to be installed by 2031. The potential intermittency generated by renewable sources can be minimised by using grid balancing flexible power plants hired through the Reserve Capacity auctions.

Wärtsilä Brazil was established in 1990 and has operations in Rio de Janeiro and Manaus. The company’s complete offering covers the total range of Wärtsilä’s equipment portfolio. To date, Wärtsilä has delivered 2.7 GW of power plant capacity in Brazil, of which 739 MW are currently covered by Wärtsilä long-term service agreements. Wärtsilä has also converted 275 MW of oil-fuelled capacity to run on natural gas in Brazil.