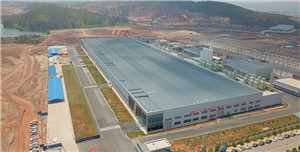 Following Leshan factory, Jinkosolar’s Chuxiong plant became the company’s second 100 percent renewable electricity-powered factory under its commitment to the Climate Group’s RE100, a global initiative bringing together hundreds of large and ambitious businesses committed to the use of 100 percent renewable energy and the acceleration of efforts on sustainable development and carbon neutrality.