Iberdrola Moves Forward With its Commitment to PL and Begins 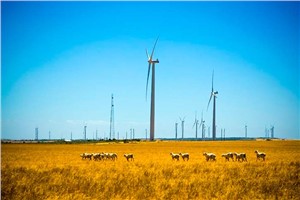 Iberdrola is making progress in the development of its renewable projects in Poland with the start of construction of the 50.5 MW Korytnica II wind farm. This facility will be located in the Mazowieckie region, northeast of Warsaw - next to the Korytnica I wind farm (82.5 MW), already in operation - and will be capable of supplying clean energy to 40,000 Polish households.

Korytnica II's output will be sold through a power purchase agreement (PPA) with Norway's Statkraft (also present in the Spanish energy market, with a portfolio of 1.2 GW renewables), backed by a contract for difference (CFD) obtained in the fourth auction held in Poland in June 2021.

The entry into operation of this facility, scheduled for the first quarter of 2023, will bring Iberdrola's onshore wind capacity in Poland to 163 MW. The company already operates the Zopowy wind farm (30 MW) in the Opole region and the aforementioned Korytnica I (82.5 MW).

Iberdrola is also developing a significant portfolio of offshore wind projects in Poland, including seven projects with a potential capacity of up to 7,300 MW. The company plans to set up a Baltic Sea hub in the country, a renewable hub in the Baltic Sea that will act as an epicentre for offshore and onshore services, as well as providing local content for Iberdrola's projects in the Germany-Poland-Sweden axis.

The Baltic has an offshore wind development potential of 93,000 MW, of which 28,000 MW would be located in Polish waters.

Green investments to boost economic recovery
For two decades, Iberdrola has been leading the energy transition, acting as a driver of green economic recovery, job creation and the transformation of industries.

After twenty years driving the energy transition, with investments of 120,000 million euros, Iberdrola is a leader in renewable energies, with an installed capacity of more than 37,000 MW, making its generation fleet one of the cleanest in the energy sector.

With emissions of 98 grCO2/kWh, two-thirds less than the European average, Iberdrola's strategy of investing in clean energy and grids will enable it to become a carbon neutral company in Europe by 2030.

Tell a friend:
Iberdrola Moves Forward With its Commitment to PL and Begins Construction of the Korytnica II Wind Farm