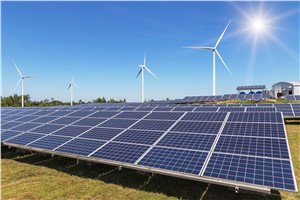 The partnership will expand further with an additional 16.68 MW, which will be commissioned in the next financial year (FY23), as part of the second phase. The project is being developed by ReNew Green Solutions (RGS), the B2B arm of ReNew Power. Both the parties have entered into a 25-year PPA, which will see the project supply power for the plant at Vilayat, Bharuch, via an Open Access mechanism.

Once both phases are commissioned with a combined capacity of 34.28 MW, the partnership is expected to generate a total of approximately 160 million units of renewable electricity annually, mitigating a cumulative ~150,000 tCO2e (carbon emission) a year (source: tCO2e value calculated as per CEA database version 16).

Both phases together have a total investment of INR ~3.82 billion (~$51 million) through an equity partnership.
Speaking on the project, Mr. Mayank Bansal, Chief Commercial Officer, ReNew Power, said: “As India strives to achieve net zero by 2070, largescale adoption of renewables by corporate India is key.

With corporates increasingly harnessing renewable energy, ReNew aims to develop around 250 MW of wind- solar hybrid projects in Gujarat for commercial & industrial consumers, like we have just done at Vilayat, Bharuch,” added Bansal.

Gujarat is one of the states that has aggressively supported corporate adoption of clean energy. It notified its solar policy in 2009 and was the first state to announce a hybrid policy in 2018. It has made hybrid plants attractive for investments by corporates by providing incentives such as a waiver on electricity duty and creating an enabling environment for corporates to tie up with renewable energy leaders like ReNew to meet captive power requirements. Hybrid projects offer higher energy for a given capacity (i.e., more units/MW), compared to standalone solar or wind projects, and help overcome any variability in renewable energy power supply.