ITC Confirms Siemens Gamesa Technology Does Not Infringe on 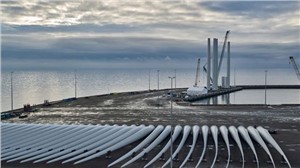 Siemens Gamesa welcomes the final determination by the International Trade Commission (ITC) on January 18, 2022, rejecting all of GE´s claims against the company in regard to GE’s so-called Zero Voltage Ride Through Patent (US 7,629,705).

While the ITC did rule in favor of a limited infringement on GE’s claims in regard to the so-called Low Voltage Ride Through Patent (US 6,921,985), it targets only full converter wind turbines running pre-2021 versions of software, which Siemens Gamesa no longer sells or imports. The ITC expressly found turbines running later versions of software did not infringe the ‘985 patent.

“The ITC made the right decision in supporting fair and legal competition in the American market,” said Shannon Sturgil, CEO, Onshore North America, Siemens Gamesa. “We reiterate our firm conviction that no features or functionalities marketed by the company infringe any valid third-party intellectual property rights, and we remain committed to the American wind industry.”

As these issues continue to be subject to legal actions in a number of jurisdictions – including our own affirmative action regarding the infringement of Siemens Gamesa’s Offshore patents by GE scheduled for trial in Boston in April – the company will not comment further on the matter at this time.